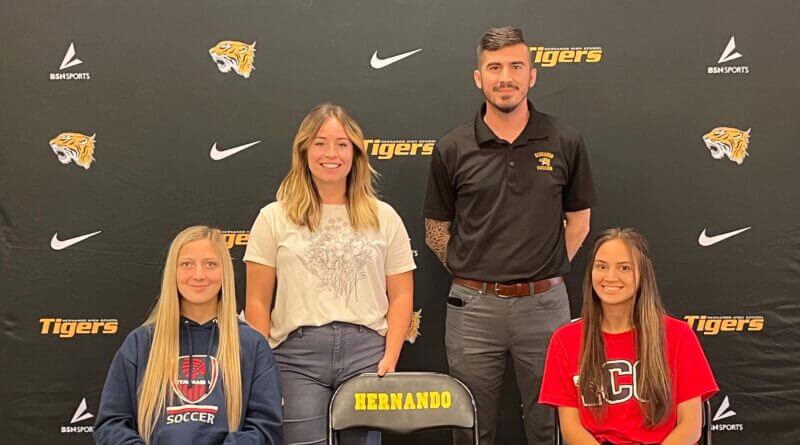 Midfielder/outside wing Macey Riggs and wing/forward Lillian McDonald of the Lady Tigers signed to play for the Fulton school next fall.

They’ll join an Indians squad coached by David Strother which last season finished with a 5-9 season mark, 4-4 in MACCC play.  The shortened season saw seven matches either canceled or postponed.

“Macey is super quick, Lily has got great feet, great touch on the ball, and good passing ability,” said Rose.

Rose said McDonald played midfield and outside wing for her team this past season. Riggs was mostly a forward who also played outside wing. The coach said the pair signing for the same school should help both players do well.

“When you’re comfortable with someone you usually play a little bit better,” Rose explained. “You know how they work, you can make great passes to them and you’ve got somebody there you already know entering into a new place where you don’t know that many people.”