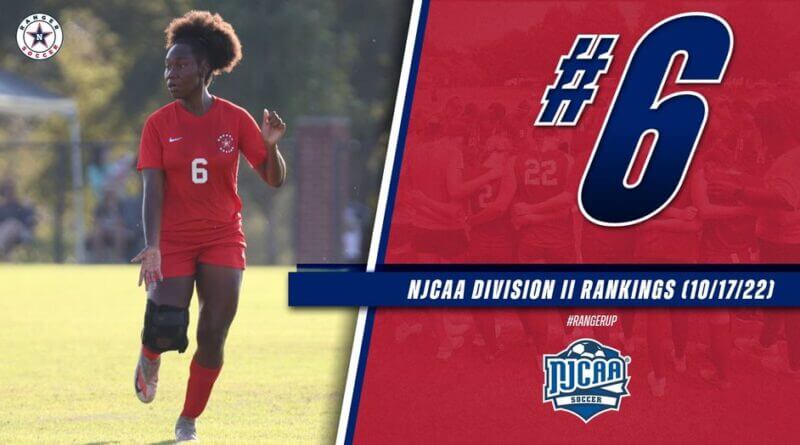 Another week has brought another milestone for the Northwest women’s soccer program.

With the Lady Rangers continuing to blaze through the MACCC schedule, Northwest has moved up once again in the latest NJCAA Division II Women’s Soccer Rankings, announced Monday afternoon. The Lady Rangers are now ranked sixth in the polls, setting a new program record for highest ranking.

With its newest ranking of No. 6 in the nation, Northwest directly trails Holmes and Jones College at No. 4 and No. 5, respectively. The Lady Bulldogs have a record of 13-0-1 on the season, followed by an 8-1-1 mark from the Lady Bobcats.

Heartland (Ill.) is the current No. 1 team at 9-1-1 on the season, while Phoenix College and Pima have slid to second and third, respectively. Additionally, MACCC programs Pearl River and Copiah-Lincoln remain nationally ranked, with the Lady Wildcats slotted at 11th and the Lady Wolves holding on to the No. 20 spot.

Northwest (9-1-2) will close out the regular season this week, hosting Meridian and Itawamba. The Lady Rangers are scheduled to face Meridian on Tuesday at 1 P.M., while hosting Itawamba on Friday, October 21 at 1 P.M. Both matches will be carried on Ranger TV (nwccrangers.com/watch) and Facebook Live.