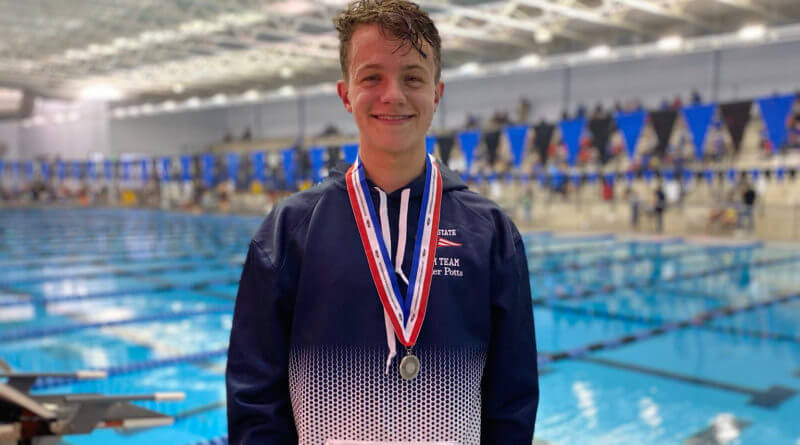 The Lewisburg boys had the best team performance of the day Saturday, Oct. 24 with a fourth-place finish in the Class II state swimming championships at the Tupelo Aquatic Center.

The Patriots totaled 50 points in the meet, which started late Saturday due to a power outage at the facility.

Lewisburg’s day was highlighted by a victory in the boys’ 200 individual medley race. Tucker Potts won the state crown in a school-record time of 1:55.52. Potts also was a second place finisher in the 100 breaststroke with a timing of 57.83 seconds, another school record.

After Lewisburg in the team standings, DeSoto Central took a tie for 12th place with Gulfport with eight points.

Madison Central was the team champion with 109 points, ahead of Tupelo in second place with 90.

Among top finishers from DeSoto County, Austin Willis of DeSoto Central was fourth in the boys’ 500 freestyle in a time of 5:00.25. The Lewisburg boys’ 400 yard freestyle team was a third-place finisher in a time of 3:24.57.