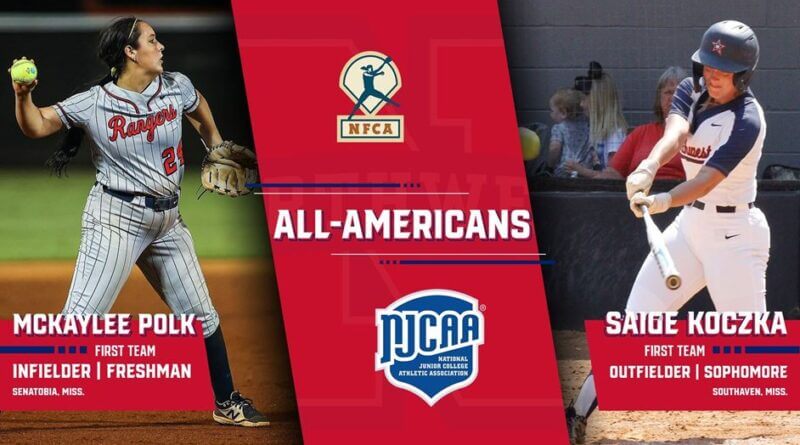 The announcement came just days after the duo received nods to the NFCA All-South Region team. It’s Koczka’s second straight season to garner All-American honors from the NFCA, after being named to the 2021 squad as a first-team selection as well.

Polk was the leading batter for Northwest for most of the season, finishing the year with a .397 batting average, 18 doubles, a triple and a team-best 19 home runs. The Senatobia slugger also led the team with 61 runs batted in and an .822 slugging percentage for the season.

Most of Polk’s stats landed her in the top 10 of several single-season and career statistical categories at Northwest, including setting a new single-season record for home runs, surpassing Koczka’s previous record of 14 set just last year.

As for Koczka, the Southaven native posted another stellar campaign for Northwest, finishing with a team-best .433 batting average, 15 doubles, three triples, 12 home runs and 55 RBIs. The Memphis commit also spent the entire season in right field, collecting 52 putouts in 56 total chances for a 1.000 fielding percentage.

Koczka and Polk’s efforts helped guide Northwest to a 39-15 overall record in 2022, the best season in program history. The Rangers won their first-ever Region 23 title and finished as one of the final four teams remaining in the NJCAA Division II Softball Championship.