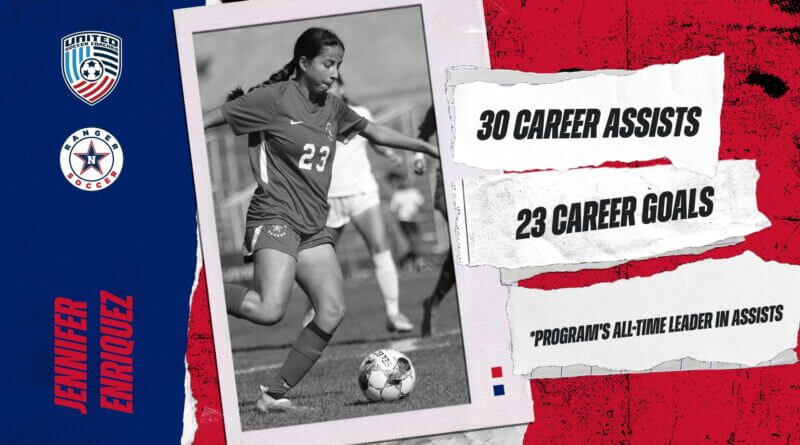 For the second time in the last two seasons, Northwest sophomore midfielder Jennifer Enriquez has been chosen for All-American honors by the United Soccer Coaches organization.

Prior to her All-American selection by the United Soccer Coaches, Enriquez and defensive teammate Raylin Dixon were each chosen for the All-East Region team, joining six other MACCC student-athletes on the list. Dixon, a native of Brandon, played a huge role in anchoring one of the stiffest defensive units in the nation as a freshman. Along with her teammates Amaya Andrews and Bre’Aunna Harps, Dixon and the Northwest defense surrendered just nine goals all season. The Brandon native also scored a goal in the season-opener against National Park College and provided her lone assist in a 9-0 conference victory against Hinds.

Northwest finished the 2022 season with a 15-2-3 overall mark, the second straight year with 15 victories, tying the program’s all-time high in wins for a single season. The Lady Rangers also advanced to the NJCAA Division II Women’s Soccer Championship tournament for the first time in program history, finishing as one of the final four teams left in the nation.