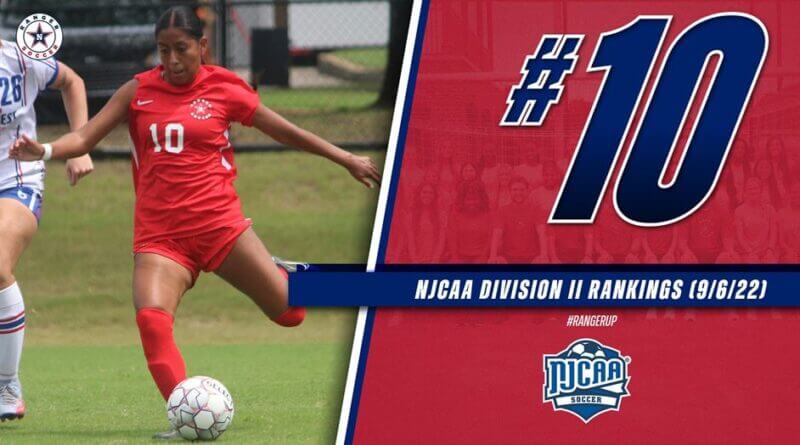 Following a strong 4-0 start to the season, the Northwest Lady Rangers are continuing to inch up through the national spotlight, earning a No.10 ranking in this week’s NJCAA Division II Women’s Soccer Rankings.

The No. 10 spot is the highest ranking ever achieved for Northwest in the NJCAA polls. The Lady Rangers have outscored its opponents 33-1, including wins against recently-ranked Mineral Area College over the weekend and a whopping 13-0 defeat of National Park College in the season-opener on August 27.

Holmes and Jones College remain ranked above the Lady Rangers at fifth and sixth, respectively. The two teams also remain unbeaten, along with 13th-ranked East Central and No. 15 Pearl River.

Pima (Ariz.) remains in the No. 1 overall spot, followed in order by Phoenix College (Ariz.), Heartland (Ill.) and Muskegon (Mich.) to round out the top four.

Northwest will take an extended break from competition to prepare for the conference-opener, slated for Friday, September 16 at No. 6 Jones College. Kickoff between the Lady Rangers and Lady Bobcats is set for 5 P.M. in Ellisville.