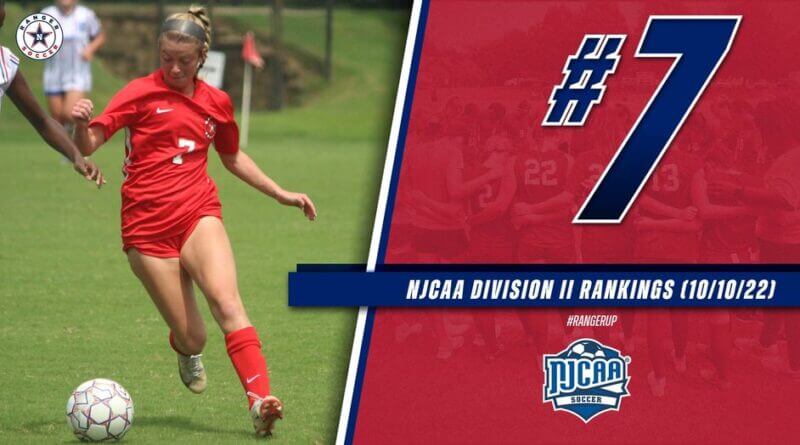 History continues to be made for the Northwest women’s soccer program this season.

After another 2-0 week that featured shutout victories on the road at Mississippi Gulf Coast and Southwest Mississippi, the Lady Rangers have inched up another spot to No. 7 in the latest NJCAA Division II Women’s Soccer rankings, released Monday afternoon. Once again, the move up is the new highest ranking ever achieved in program history.

Northwest currently sits at 8-1-2 on the season, trailing only Holmes and Jones College in the national Top 10. The Lady Bulldogs are ranked fourth with a 12-0-1 record, with Northwest being the only tie, while Jones sits at fifth nationally with a record of 12-0-1.

Other MACCC teams featured in this week’s poll include Pearl River at No. 12 and Friday’s opponent, Copiah-Lincoln, which enters the rankings for the first time this season at No. 20 overall. The Lady Wolves are 10-1-1 on the season and come in seeking their first win against the Lady Rangers since reviving the program in the spring of 2021.

Kickoff between Northwest and Copiah-Lincoln is scheduled for 1 P.M. in Senatobia. Fans unable to attend can watch the match live on Ranger TV (nwccrangers.com/watch) or Facebook Live.