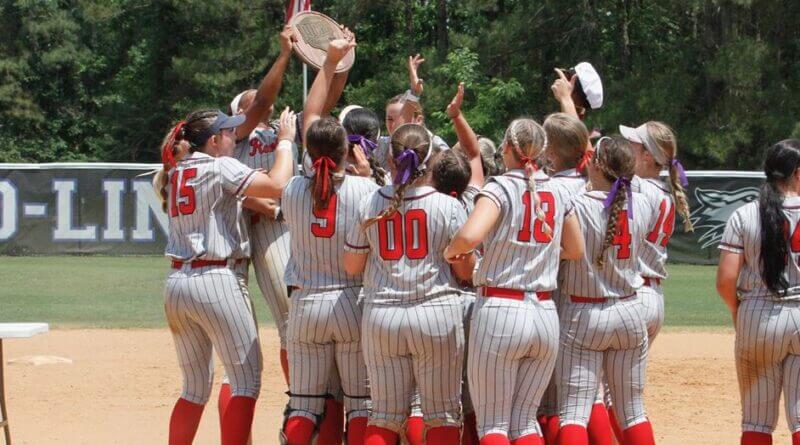 In fact, Northwest made history once more on Sunday, rallying from a 2-0 deficit to pull out a 9-2 win against the Bengals, claiming the program’s first-ever Region 23 title.

Northwest fell behind 2-0 after two innings, as LSU Eunice ace Chloe Bennett kept the Rangers without a hit until the top of the fourth inning. With one out, Molly Harris kick-started a game-changing five-run frame with a single to third. A walk and a single would then load the bases for Kaitlyn Bednarek, who gave the Rangers a 4-2 advantage with her grand slam to right field.

Even with the momentum shift, Northwest wasn’t through yet in the fourth inning. After Meagan Allen reached base on an error and Bailey Russell followed with a single, Laila Armstrong brought home another run with a single to the Bengals’ shortstop, extending the Rangers’ lead to 5-2.

A pair of walks in the bottom of the fourth helped LSU Eunice place two runners in scoring position, but Gabby Dickerson delivered a strikeout of Brooke Taylor to end the Bengals’ scoring threat.

Northwest kept the momentum going in the top of the fifth inning, as Maddie Brower delivered a single up the middle. Caylee Comer would then hit the Bengals where it hurt, smashing a two-run homer to left field and stretching the Rangers’ lead to 7-2.

LSU Eunice would get a double in the bottom of the fifth, but nothing more, thanks to another strong inning from Dickerson. The Rangers struck again in the top of the sixth, as Russell reached base on an error to lead things off. Armstrong followed with a double to center field, driving in Russell for the eighth Northwest run.

With two outs in the sixth, Saige Koczka grounded out for the second out, but Northwest would score Armstrong anyway after the Bengals’ botched a double play attempt.

Dickerson would send LSU Eunice down in order in the bottom of the sixth, before Bengals’ reliever Cendall Barton retired the Rangers in order in the top of the seventh. Although the Bengals delivered a pair of singles with two outs, Madison Diaville popped up to Armstrong for the final out, allowing the celebration to begin for Northwest.

Northwest outhit the Bengals 8-6 in the contest, led by a pair of 2-for-4 efforts at the plate from Armstrong and Comer, with both players also credited with two RBIs. Bednarek went 1-for-4, but drove in four RBIs with her grand slam in the fourth.

Maddie Leal led LSU Eunice with a 3-for-4 effort at the plate and three other Bengals finished with one hit apiece.

Dickerson went the distance for the 14th time this season, improving to 24-7 in the circle with four strikeouts. Bennett fell to 21-8 with the loss after allowing five Northwest runs in the big fourth inning.

Both teams will compete in the NJCAA Division II Championship tournament, scheduled for May 24-28 in Oxford, Ala. More details to come on ticket information, matchups and more on nwccrangers.com.