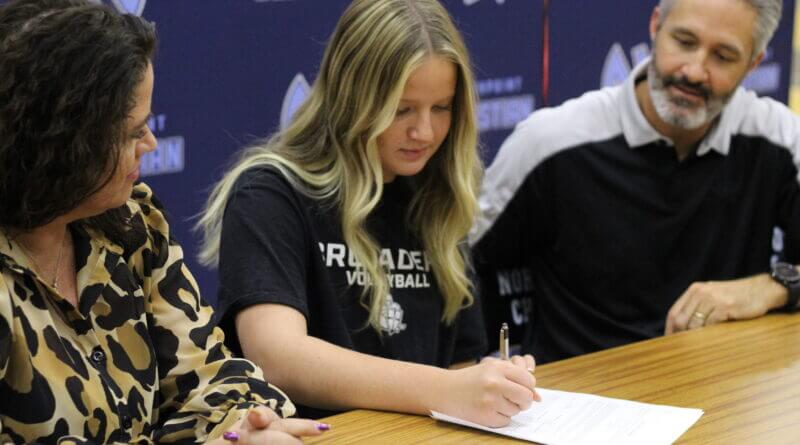 Gross, a four-year player with the Lady Trojans, posted some impressive statistics on the court. The all-district selection finished her high school career with 222 kills, 40 blocks, 298 digs and served 32 aces.

Location was a reason for Gross to go to the Hattiesburg school, as older sister Lauren attends and plays basketball at the University of Southern Mississippi, also located in Hattiesburg.

Gross also said she was impressed with the school’s nursing program.

“It looked like a really good college to go to, so I tried to get recruited, everything worked out in my favor,” Gross said.

“They like my mental game and I fit into the team really well,” Gross said about the Lady Crusaders.

“We had a really good and strong team connection,” Gross said. “I’m really going to miss it here for sure.”  Coach Kim Robinson added Gross’ leadership will be missed by her team.

Gross will be joining a William Carey roster that already has a DeSoto County connection in junior Avery Beth Durdin, a former player at Lewisburg High School who transferred this year from Pearl River Community College, where she played volleyball for the Wildcats.