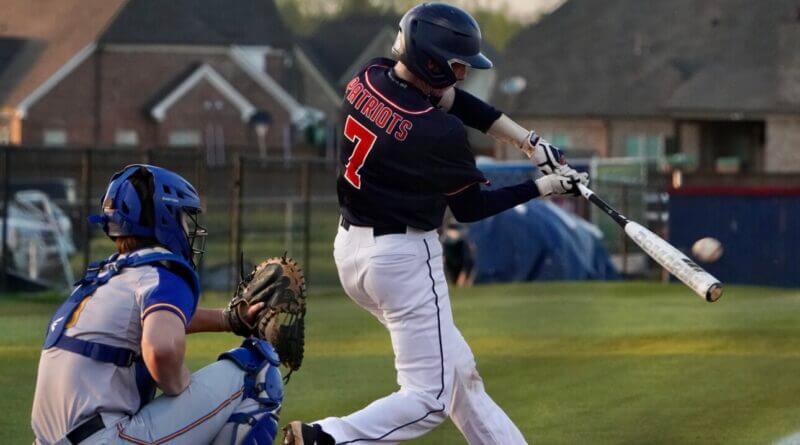 Lewisburg’s baseball team goes into the MHSAA 6A playoffs this weekend with a 2-1 victory over Oxford in the regular season finale for both teams.  The Patriots finish the regular season with a 23-3 record and will host Madison Germantown in the first of a best-of-three playoff series on Friday night.

Neither team mustered much offense in the contest, with the Patriots able to muster just four hits in the victory. Oxford didn’t fare much better, producing one unearned run on just three hits.

The Patriots (23-3) struck first with solo runs in the first inning and again in the second for a 2-0 lead.  The first run came from Jacob Hill, who walked, reached third after a wild pitch and scored on a ground ball out from Austin Hannigan.

Lewisburg’s second, and eventual game-winning run came the next inning when Jarrett Morris scored after Trae Cagle reached base on an error.

Oxford would score a run in the third inning when Ben Gobreaux came across after Thomas Rayburn reached base on an error.

“We didn’t look super into it tonight,” said Cagle. ‘I think Oxford kinda felt the same way, but we wanted to play, get some guys some outings and get some guys on the mound. We accomplished the goal, I just wish we had been a little more assertive at the plate.”

Cagle had the only extra-base hit for the game with a double. In a game where Lewisburg used seven pitchers to save arms for the weekend playoffs, starter Scott Sharp (4-1) earned the victory, allowing one hit, walking one and striking out three.  For the game, Patriot pitchers struck out 10 Chargers. Gunnar Gilmore earned the save, his third of the year.

“We’ll have everybody available Friday night,” Cagle said about inserting several relievers into the contest. “We’ll play with what we need to play with on Friday and then worry about Saturday on Saturday.”

Now, for the first time in school history, Lewisburg will be playing in a first round series of the baseball playoffs. The Patriots will host Madison Germantown Friday at 7 p.m, then travel to Germantown for the second game of a best-of-three series Saturday, also at 7 p.m. If a third game is needed, it will be back at Lewisburg on Monday, April 25.

Here are the first round pairings for the MHSAA 6A baseball playoffs involving DeSoto County teams:

Teams with first-round byes: Hernando and DeSoto Central. As region champions, both teams will have the home field advantage in the second round.