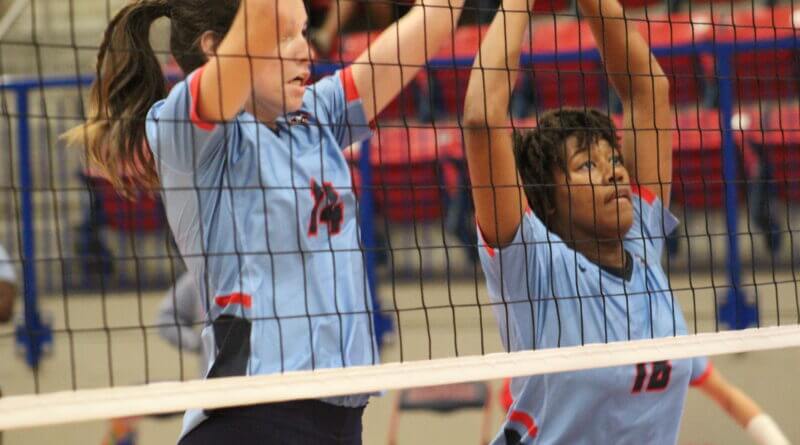 Northwest Mississippi Community College women’s volleyball coach Allison Burchyett this fall has lofty goals for the third year of the program. After a six-year initial campaign followed by collecting 14 victories last year, the Lady Rangers are aiming at more than 20 victories and being able to host the playoffs this year.

Northwest got the year off on a positive note Saturday with a pair of victories, a five-set thriller against Chattanooga State Community College, Tenn. followed by a three-set sweep of Champion Christian College, a private four-year Christian college based in Hot Springs, Arkansas.

“I liked our energy,” Burchyett said about the Lady Rangers’ play Saturday. “All of our players were involved and invested, no matter if you played one point, no points or if they played all 25 points. It’s just a family atmosphere and that’s what I want here.”

The group makes up a very athletic squad to chase the other teams in the region, Pearl River and Itawamba.

“Whether it is in the middle or outside, we have really stepped up our athleticism,” Burchyett said. “I look at that to help us down the road that when we start to iron out some timing issues, our athleticism is going to be huge. We’re going to have to continue to rely on each other and play team ball.”

And it’s in the middle where Burchyett and the Lady Rangers will need to be especially strong in order to be successful.

“We need a big middle, whether it’s Jacia Hayes, Kailey Gooch or Micah Swift or De’Aisha Browner when she gets healthy, whoever it may be,” the Northwest coach said. “We need to be strong in the middle and be able to take away their block and be strong and competitive in the middle.”

Hayes had a strong game in the second match of the day, unofficially credited with nine kills and five blocks. Hayes is a freshman from Petal.  Micah Swift, a former Lewisburg standout who originally committed to Christian Brothers University before coming to Northwest, provided 10 kills in the shutout victory over Champion Christian.  Meanwhile, Beal finished the match with 17 digs.

It’s that play at the net that has been especially impressive.

“Our blocking is much improved from the past and we’re able to swing from different positions so the other team can’t key in on us whether it’s outside or middle,” Burchyett said. “We’re more diverse and we have more options.”

Northwest hosts Williams Baptist College on Tuesday and then travels to Chattanooga State for a tournament Friday and Saturday, Aug. 26-27.