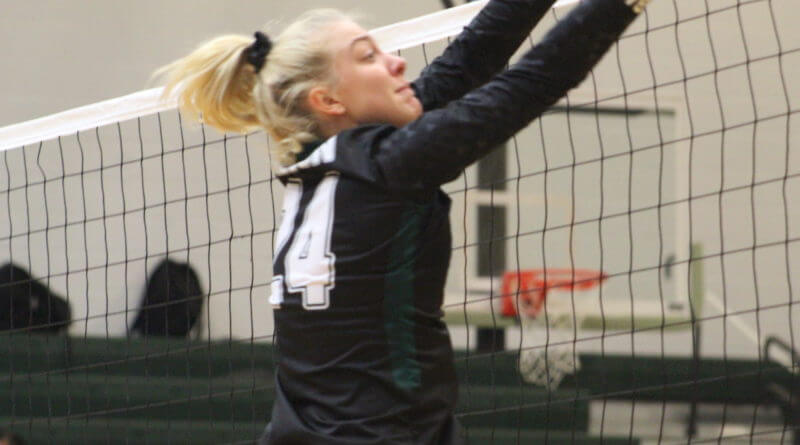 The Lake Cormorant High School volleyball team moved to 2-0 in MHSAA 5A district play with a solid recovery from a first set loss to a 3-1 victory over visiting Oxford Lafayette Thursday night.

The Lady Dores opened the match with a 25-21 victory in set one. But, coach Christina Morgan’s Lady Gators came back to take a 25-21 win of their own in the second set.

“I think they found a lot of heart, a lot of hustle,” Morgan said. “We were missing that in the first set and I think they just dug deep and decided they wanted to win.”

In the third set, Lake Cormorant dominated throughout, taking a 7-0 lead before Lafayette called a timeout, following what the visitors questioned a call giving Lake Cormorant a point, thinking the ball went out but the official ruling it had been tipped before it went over the end line.

From there, the Lady Gators continued the attack, increasing the lead to 14-4 before the Lady Dores asked for another stoppage to regroup.  But Lake Cormorant continued on its way to a 25-10 win.

The fourth set again saw the Lady Gators take an early lead at 6-1, leading to a Lafayette timeout. The teams traded points as Lake Cormorant took a 20-13 lead and finished with the 25-16 set three final and the match victory.

I think it’s really important for us to start strong,” said Morgan. “I thought the seniors really stepped up and I thought it was a really good team effort, passing the ball better and Alaijah (Rose) was putting down some balls for us.”

Statistics for the match included Rose with 21 kills and 11 blocks, Paige Griffin with seven kills and Annah Marshall with 23 digs for the Lady Gators.