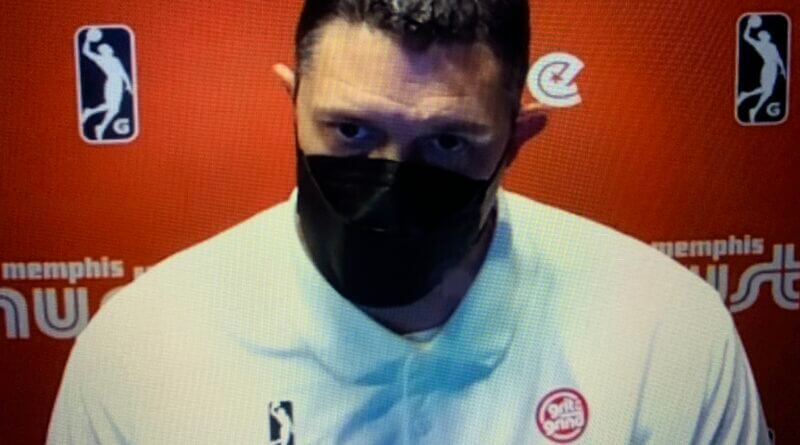 The Memphis Hustle, part of the NBA G League “bubble” in the Orlando, Florida area, had their bubble burst Wednesday in a close 104-101 loss to the G League’s collection of up-and-coming talent called G League Ignite.

The Hustle dropped to 3-6 with the loss ahead of a game Thursday afternoon at 2 p.m. against the Santa Cruz Warriors. Former Hustle standout Dusty Hannahs is part of the Warriors’ roster.  The Ignite improved to 6-3 with the win.

The G League Ignite, touted as an alternative for basketball players trying to make it in the pros, is affiliated with the developmental league and has both rookies and veteran players on the roster.

The Ignite took a 12-4 lead against the Hustle early in Wednesday’s game but Bennie Boatwright kept the Hustle close with eight of his team-high 21 points coming in an opening quarter that ended in a 24-24 tie.

Boatwright continued his hot hand in the second quarter, hitting four three-pointers in the half as Memphis took a 57-46 lead into the locker room at intermission.

The Ignite regained control of the contest in the third quarter with an 11-0 run to get within 71-70, but Memphis still led the game at 81-78 at the end of the frame.

“They picked up the pressure on us in the second half,” Hustle head coach Jason March said after the game. “We had some wide open looks from three-point range but could not knock down a shot. When that happens you have to start attacking the paint and that was something we failed to do.”

March said the Hustle are actually the youngest team playing in the bubble, but that can’t be used as an excuse for the record.

“You have to learn how to win and that does take time,” March said. “But I’ve seen a lot of improvement. These guys have been working really hard and we are getting better. We want to win these close games and it is frustrating not being able to put it together.”

Thursday’s game against Santa Cruz from the bubble can be seen on ESPN2.