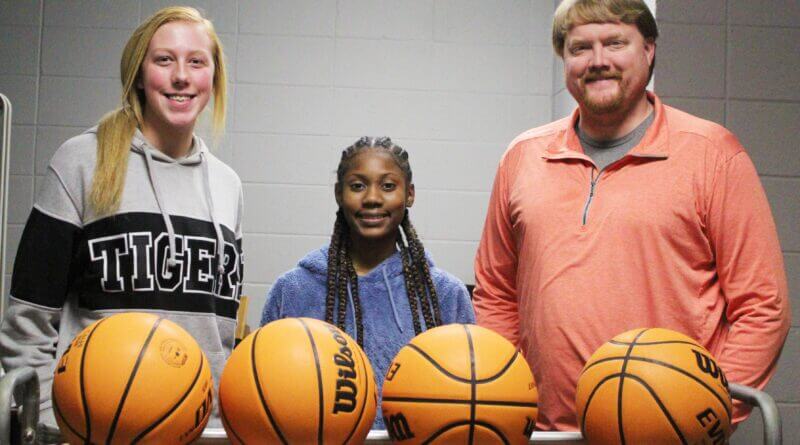 For the second time in recent weeks, a DeSoto County girls basketball team will be able to play a game on the same floor the likes of Ja Morant and Jaren Jackson Jr. play on.

The Hernando Lady Tigers will play the Kossuth Lady Aggies on Monday afternoon, Dec. 20, starting at 1 p.m. on the FedExForum floor used by the NBA’s Memphis Grizzlies.

Back on Wednesday, Dec. 8, the Olive Branch girls met Collierville on the FedExForum floor and came away with a 60-56 victory, a game the Hernando girls were in attendance for as spectators, knowing they would soon be playing on the same court.

The Kossuth squad coached by Angie Malone that is coming to play Hernando on Monday was last season among the top teams in MHSAA 3A. The Lady Aggies actually reached the 3A state championship game before a one-point, 56-55 loss to Belmont in the finals.

Hernando brings its girls’ basketball team, coached by Blake Jones, and which is paced by top scorers Abbey Harrison and Damyia Cummings.

When told the contest was happening, both Harrison and Cummings said they were glad to have the chance to be on the “big stage.”

“I was really excited,” Harrison said. “I think it will be a great opportunity and I’m looking forward to it.”

“The court is totally different,” Cummings added. “It will be something different to play where the NBA players play. I think it’s going to be fun and it’s a good opportunity.”

There will be no exceptions on the floor for the three-point line and the three-second lane. Both will be the same dimensions used by the pros. That means anyone draining a three-point shot will be doing it from the same distance that the likes of Steph Curry and other NBA long-shooters fire away from.

Despite the larger dimensions, Harrison, who likes to dominate inside, said she will continue to play as she always does.

“I’m just going to go out there and play my game and do what I do,” Harrison said.

Jones said FedExForum offers the arena to high school teams to play during the afternoons ahead of a Memphis Grizzlies home game. In fact, some of the pre-game preparations for the arena go on while the high school game is played.

“FedExForum has employed a team that reaches out to high schools in the area, boys and girls teams, that they would like to put in the Forum against an uncommon opponent,” Jones said. “With me being from the northeast Mississippi area, I reached out to a number of coaches over there.”

Jones said that COVID-19 protocols nearly scuttled the game for a year due to the requirements that FedExForum, Tennessee and Shelby County had in place until recently for masks and vaccinations.

“We are going into another state and another venue,” Jones said. “We nearly put it on the shelf until next year, but barely three weeks ago they just lowered the requirements and lowered them enough to where we are comfortable to go in there with our team and play against another team. Right now, after the crazy years we’ve had, I think a game like this in a year like this is something we need, especially during the holidays.”

And while dreams of a Gold Ball on the Mississippi Coliseum floor at Jackson in March may still be a distance away, both Harrison and Cummings felt the experience may help them as they get into post-season action.

“I think it will help a lot. It’s not going to be brand new to us,” said Harrison about playing on a larger floor, with Cummings adding, “I think it would help us because we played on a floor similar to this.”