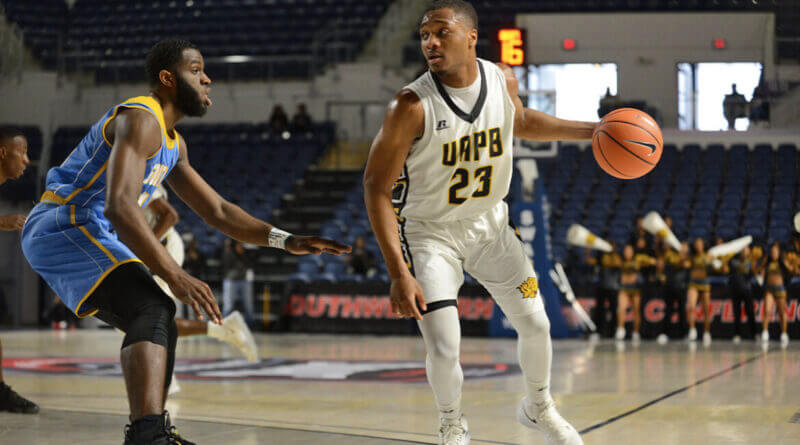 McKnight, who went on to play college basketball at Arkansas-Pine Bluff (UAPB) and has played professionally in Bosnia and was signed to play in the Ukraine, has been signed to play for the Manchester Giants of the British Basketball League (BBL), the team has announced.

“I am very excited for the opportunity to be a part of the Manchester Giants,” McKnight said in a news release. “I am ready to get to work! It’s going to be fun, I can’t wait!”

McKnight, a six-foot-four guard, played two seasons at Itawamba Community College before joining Arkansas-Pine Bluff for two years.  His college career started after McKnight played for the Gators, where he scored an average 24 points as a senior.

He was considered a Top Incoming Freshman by the National Junior College Athletic Association (NJCAA) when he came to Itawamba and averaged 12.5 points per game for the Indians. In his sophomore season, McKnight averaged 8.5 points per game.

After signing with UAPB, McKnight played his junior and senior years for the Golden Lions, averaging 19.7 points per contest and was named SWAC Conference Player of the Year. In his final college season, McKnight scored an average of 20.8 points a game and was named SWAC First Team All-Conference for the second-straight year.

With the Golden Lions, McKnight had two games with more than 40 points – including 41 against Colorado State, and another five games with 30 points or more. Among two triple-doubles, McKnight was the first NCAA player in close to a decade to score a triple-double in points (18), rebounds (10), and steals (10) in one contest.

Moving on the pro ranks, McKnight signed with the Delaware Blue Coats of the NBA G League but didn’t make the final roster, so that’s when European professional basketball opened up to him.

With OKK Sloboda Tuzla in Bosnia, McKnight averaged 11 points and three assists per game, and shot 40 percent from the three-point line. He also played with Herzegovina, averaging nine points.

Last August, McKnight had signed with Khimik-OPZ Yuhzny in the Ukraine Superleague.