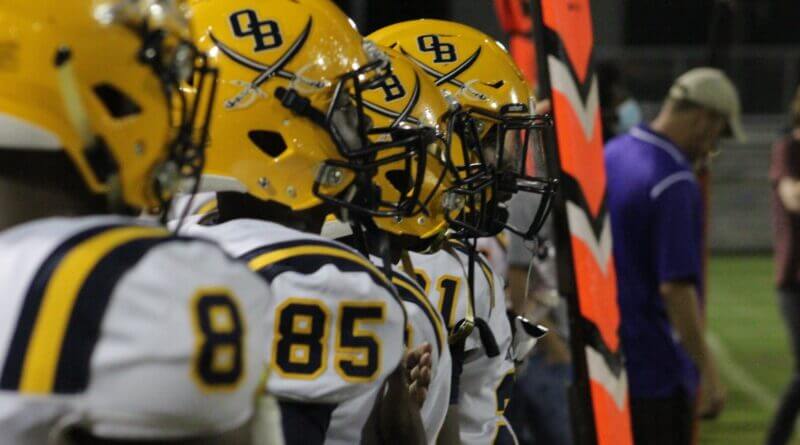 Olive Branch High School football coach Darren Bowling Sunday confirmed that he is stepping down from the position.

Bowling, in his only season in Olive Branch, told DeSoto County News he was not asked to resign, noting in an email “this was a decision I made on my own.”

Taking over when Tyler Turner left to become football coach at Goodpasture Christian School, Tenn., Bowling led the Conquistadors to a 5-5 record last fall. Olive Branch did not make the MHSAA 6A playoffs after three straight playoff appearances under Turner.

Turner was a player under Bowling when they were both at Obion County, Tennessee.

Without providing further details, Bowling credited his players and coaches for making the best of a “very difficult situation.”

“We lost teammates, played through a pandemic, and fought many battles, but through it all, I kept my integrity and never compromised my morals or values,” Bowling said.

He will continue as Olive Branch athletic director through the end of the year, “or until something comes along,” he said.

The team has been involved in off-season workouts and Bowling said he looks forward to following their progress.

“I am very proud of how hard the team has worked this off-season and will miss being a part of their future,” Bowling said. “I wish them well and look forward to keeping up with their progress,” adding thanks to everyone who encouraged and helped make the season possible.”

Bowling came to Olive Branch with an impressive resume coaching football in Tennessee. His Union City, Tennessee High School teams won four TSSAA state championships and was 116-38 in 12 seasons there.

Bowling’s overall coaching mark is 228-105, which include spots at Obion County and Dyersburg, Tennessee, and Indianola Academy in Mississippi, as well as Union City.

Bowling arrived after Turner’s time in Olive Branch had settled a volatile period when new coaches were coming in on a nearly annual basis.

After Scott Samsel was removed in 2013, Jeremy Toungett coached the Quistors for one year, followed by Steve Buckley, who left after one season to coach at Jones Junior College.

Pete Hurt then returned to DeSoto County to coach Olive Branch, but the Quistors failed to win a game and Hurt was replaced after one season by Turner.