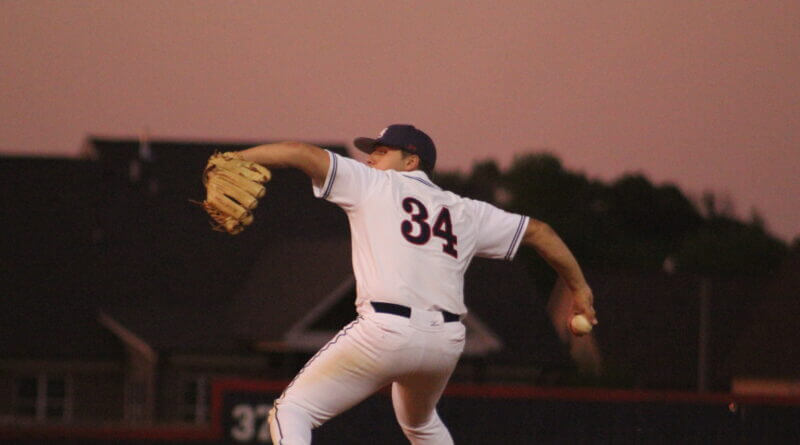 Lewisburg and Starkville, and DeSoto Central and Germantown, are all paired in the second round of the 6A baseball playoffs, while Center Hill tackles Neshoba Central in the 5A playoffs’ second round.

The Patriots, 21-6 for the season, tackle with the 16-13 Yellowjackets in a second round best-of-three series, starting Thursday. Lewisburg, which received a first-round bye, hosts Starkville on Thursday night in the ‘Burg, starting at 6 p.m.

The series moves to Starkville for the second game of the series on Friday evening. If needed, the deciding game will go back to Lewisburg for game three on Saturday evening, also at 6 p.m.

Starkville reached the second round with a two-game sweep of Hernando in the first round, but it wasn’t easy for the Yellowjackets, which needed nine innings Saturday to win the second game of the series 1-0.

Lewisburg did not sit back last week waiting to see who they would play in the second round, as the Patriots hosted Northpoint Christian in a Friday evening encounter.

Northpoint is expected to be a strong contender in TSSAA Division II-A baseball this spring and did not disappoint, as Lewisburg came away with a 4-2 victory in a game that featured strong pitching and defense, said Patriots coach Rusty Cagle.

“They (Northpoint) had two really good arms (pitchers) and we wanted to see those guys,” Cagle said. “(James) Smith was all that we thought. He had command of three pitches and he started using his breaking stuff later in the game a lot more. We wanted to see how we competed against that.”

Scott Sharp was the winning pitcher for Lewisburg while Smith suffered the loss, despite allowing just one hit.

Anthony Zarlingo has been hitting extremely well for the Trojans this spring and continued that Friday with a pair of hits, two of the three hits Northpoint could muster against Lewisburg. Zarlingo also scored both Northpoint runs.

Brady Tygart pitched four innings for Lewisburg and struck out nine. Sharp picked up the win in relief in one inning of work and Brayden Sanders threw the final two innings, struck out three and did not allow a hit.

“We had a great atmosphere with a lot of people here,” Cagle said. “We saw a really good team. It was just a great high school baseball game.”

DESOTO CENTRAL-GERMANTOWN SERIES SCHEDULE: The Jaguars (20-9) and Mavericks (23-3) will open their best-of-three second round series Thursday evening, starting at 7 p.m. in Madison on Germantown’s home diamond. The second game of the series will be Friday in Southaven at DeSoto Central, also at 7 p.m. A third game, if needed, will return to Germantown on Saturday.

The Mavericks received the first-round bye, while DeSoto Central swept Clinton in the first round.

CENTER HILL-NESHOBA CENTRAL SERIES SCHEDULE: The third DeSoto County team in the baseball playoffs is Center Hill, playing Neshoba Central in the MHSAA 5A second round.

The Mustangs swept Vicksburg in the first round with a 3-2 victory in the first game and an 11-3 pasting of the Gators in the second game of the series.

Game one is Thursday evening in Philadelphia, Mississippi at 7 p.m. The teams come to Center Hill for game two on Friday at 5 p.m. If needed, a deciding game three would be back at Philadelphia Saturday at 2 p.m.

MHSAA 6A – Second Round, best of three

MHSAA 5A – Second Round, best of three