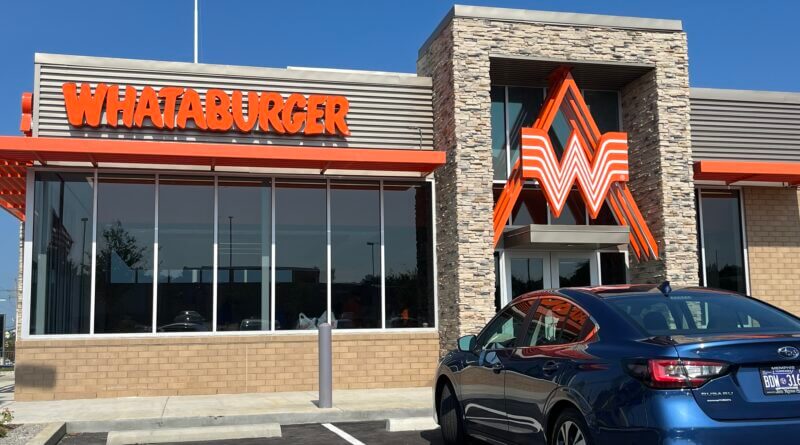 Photo: The Whataburger restaurant on Goodman Road next to the Malco Theaters in Southaven is set to open Monday, July 11, at 11 a.m. (Bob Bakken/DeSoto County News)

What has been anticipated for months and rumored about for weeks is about to happen in Southaven.

Whataburger, the popular fast-food restaurant, will officially open in the Mid-South at 176 Goodman Road East in Southaven on Monday, July 11, at 11 a.m. It will be the first of at least four Whataburger locations in the Memphis Mid-South area.

A second Southaven Whataburger, at 6829 Getwell Road, is to open in the coming weeks, according to a news release from the corporate public relations firm. The Getwell store was originally going to be the first store to open, but delays in construction have pushed it back.

At least two others, in Cordova and in Memphis, both on N. Germantown Parkway, are scheduled to open by late this year.

Barideaux will continue to lead Whataburger’s expansion in the region. With corporate support, he and his team members have already been actively involved in the community, partnering with the Mid-South Food Bank to provide monetary support and in-kind donations of pantry items and school supplies.

Whataburger will continue to grow the brand in the Memphis area through collaborations with the Bluff City Balloon Jamboree and Southaven Springfest, as well as sponsorships in support of the Memphis Redbirds and University of Memphis Athletics. Whataburger promotional images are already being seen at AutoZone Park during Redbirds’ games.

The brand plans to employ a total of 525 employees, called Family Members, to deliver the Whataburger experience in the area by year-end, including at all four stores.

Following is a map of how Whataburger will handle eat-in and drive-thru traffic at the Goodman Road restaurant to alleviate traffic congestion on the busy roadway. Drive-thru traffic is best funneled off the Airways entrance to the Malco Theater with a right turn toward the restaurant. Dine-in traffic is best served with a right turn entrance off Goodman. Eastbound traffic may also consider the drive-thru off Airways route to enter without having to make a left turn off Goodman into the restaurant.