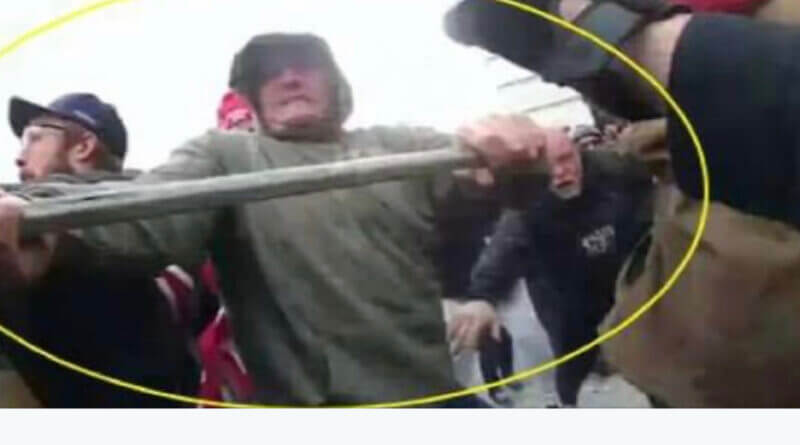 Michael Leon Brock, age 54 of Walls, is charged with federal offenses that include assaulting, resisting or impeding certain officers and obstruction of law enforcement during civil disorder, among other charges. Brock made his initial appearance in the Northern District of Mississippi this morning.

According to court documents, Brock was on the Upper West Terrace of the U.S. Capitol around 4 p.m. on Jan. 6. As depicted in body-worn camera (BWC) footage, Brock charged at law enforcement officers while holding what appeared to be a four-foot-long rod as the officers attempted to control the crowd. As alleged, Brock repeatedly pushed and struck officers with the rod.

In the six months since Jan. 6, more than 535 individuals have been arrested in nearly all 50 states for crimes related to the breach of the U.S. Capitol, including over 165 individuals charged with assaulting or impeding law enforcement. The investigation remains ongoing.

The charges contained in any criminal complaint or indictment are allegations. The defendant is presumed innocent unless and until proven guilty beyond a reasonable doubt in a court of law.