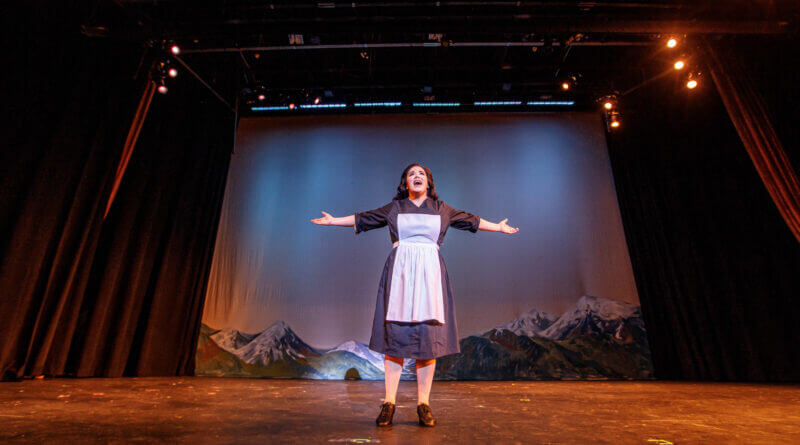 The song says, “The hills are alive with the sound of music,” and while you’ll eventually leave the Landers Center Theater and return to your everyday world, the time you spend with the von Trapp Family Singers will have you back in the Austrian Alps and remembering the sound of the music set to one of the most popular musicals of all time.

The DeSoto Family Theatre is in its final weekend of its current production, Rodgers and Hammerstein’s The Sound of Music, with performances set for Thursday, Friday, and Saturday night at 7 p.m. and Saturday and Sunday afternoons at 2 p.m.

This production, which is directed and choreographed by Bentley Black, with Patti House as musical director, is the inspirational story based on the memoir of Maria Augusta von Trapp, a Catholic postulant who was sent to become governess to the seven children of Capt. Georg von Trapp about the time Austria was being overtaken in the 1930s by the Nazis ahead of what later became World War II. The memoir, titled “The Story of the Trapp Family Singers,” was published in 1949.

The memoir was set to music by Rodgers and Hammerstein and the musical became so cherished, the Sound of Music won five Tony Awards and five Oscars. The original stage production began in 1959 and the film version came out in 1965.

In the current production with the DeSoto Family Theatre, Jason Brooks of Oxford is Capt. von Trapp. Brooks, an Oxford church worship pastor, is a 17-year veteran of local theater in Mississippi and Louisiana and has played roles such as Daddy Warbucks in “Annie,” and Bob Wallace in “White Christmas.”

Ashley McCormack, daughter of DeSoto Family Theatre executive producer Donna Wieronski, returns to the Landers Center Theater stage as Maria and in the staff bios states the “Sound of Music” one of her favorite shows of all time.

As you scan the cast bios, you will find those who have done several productions, for DeSoto Family Theatre and elsewhere. You’ll also see performers returning to the stage after time away.  But you will also find others, such as Southaven insurance agent Ryan England, who is making a community theater debut as Max Detweiler.

“The Sound of Music” took the stage for the first time this past weekend and Lehman said the response has been great.

“We always expect about 200 people a night, but we’ve been over 260 people every night for this,” Lehman said.

“What I love about theater is the fact that you get to meet the families,” Lehman noted. “We had two new families come and work that are new to us. We share experiences as we’re covering the show and have a good time working together. It’s been wonderful.”

Lehman said Thursday is a Community Appreciation Night with a reduced ticket price at $10. Tickets for the remaining performances are available through Ticketmaster.

Get ready to experience the Sound of Music and relive the heart lifting story once again!