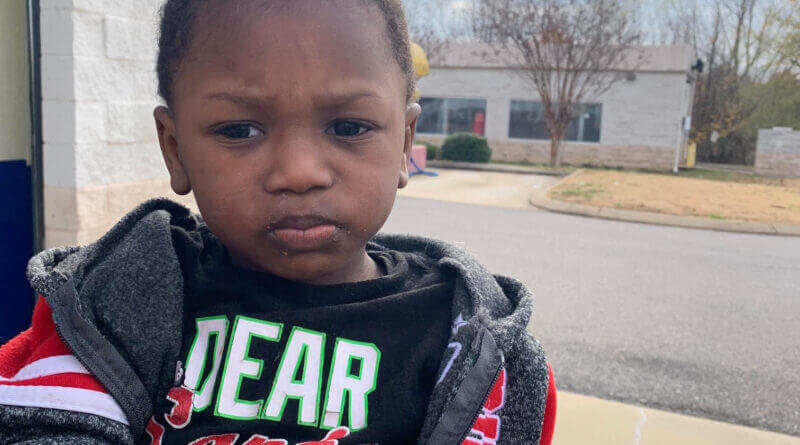 A two-year-old boy is safe with Mississippi Child Protective Services and a person is in custody related to a child abandonment case in Southaven Monday morning.

Police received a report that a child had been left at the Goodwill Industries location on Stateline Road in Southaven about 9:40 a.m. The two-year-old boy was taken to the Southaven Police Department and then turned over to Child Protective Services (CPS).

A person described as a light-skinned Black male with a black cowboy hat and black jogging pants was seen leaving the boy in front of the store. Surveillance video also provided images of a woman who police believe was connected with the abandonment and a red vehicle also connected.

Police were not able to learn the child’s identity or knew who his parents or relatives were when they first approached the youngster.

Child Protective Services follows a strict protocol regarding these types of incidents where the child’s health and safety are their absolute priority.

Thanks to the help of several tips provided by people reading about the boy through the news media, including DeSoto County News, and through social media shares, information was developed that led law enforcement, including the FBI offices in Mississippi and Tennessee, and the Shelby County Sheriff’s Department, to locate a suspect in the case.

The as-yet unidentified suspect was taken into custody in Memphis at about 3:30 p.m. Monday afternoon.

Police will not as yet release the identity or charges connected with this incident because the investigation is still continuing.

In the news release providing this update, Police Chief Macon Moore thanked those who showed concern about the boy.

“Rest assured he is well, is being taken care of, and will be reunited with family when CPS determines this is proper,” Moore said.  “We would also like to thank all of the citizens who offered tips regarding the suspects in this case. The cooperation from the community and a unified effort from law enforcement led to the speedy apprehension.”

3 thoughts on “Suspect in custody after child abandonment”