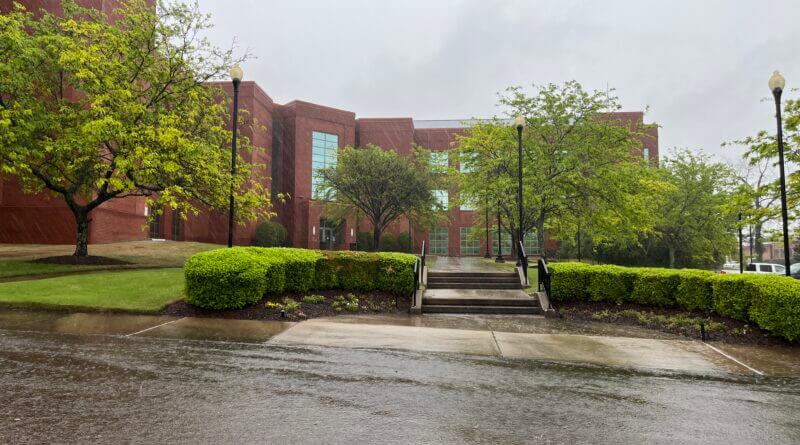 Adjournment after discussion means DeSoto County likely will stay in the new medical marjuana law after May 2.

DeSoto County supervisors discussed and heard comments for about an hour Monday about the state’s new medical marijuana law and then adjourned to the next meeting date, May 2, at 9 a.m.

The board’s lack of action to opt out of the law appears to mean it will likely opt into the new measure when the May 2 deadline to do so is reached.  Since the board’s next meeting date is on the deadline date of May 2, there still is an outside chance the board could change its mind and instead opt out. However, the consensus and tone of the meeting among the supervisors Monday morning appeared to be that they support the law.

Much of the questioning remains about zoning but as was pointed out, with all of the regulations that have been put into the law, people won’t be able to start growing medical marijuana as of May 2.  Many of the regulations are just being sent out to local governments as well.

According to board attorney Tony Nowak, Mississippi State Department of Health regulations were just sent out and, “everyone’s still trying to digest it,” Nowak said.

Nowak also referred to Mississippi Attorney General Lynn Fitch’s opinion on the zoning question, an opinion issued on Good Friday that said local governments have more zoning control than they earlier thought they had.

None of the supervisors spoke out in favor of opting out of the law. As Supervisor Mark Gardner said, “The people have spoken. Initiative 65 and 65A were voted on and the Supreme Court then overturned it on what I feel was based on a technicality. The people have decided this issue and I feel like we represent the people.”

Justices overturned it after the November 2020 approval vote, saying the initiative process was outdated with the reduction of Congressional districts from five to four.

“It was a majority vote,” said Supervisor Ray Denison said about the Initiative 65 passage. “In this case it was more than a majority vote. I think we still have a lot of work to do to iron all of the details because there are so many questions and so many opinions.”

Gardner added the state fees for beginning operations in the state will be very high, to the point of weeding out illegitimate operations from setting up shop.

There were no supporters of opting out of the law at the Monday meeting. Supporters of staying in the law did speak and two emails of opt-in support were also read.

“More than 50,000 voters, just in DeSoto County, voted in favor of Initiative 65,” said opt-in backer Kelly Jacobs of Hernando. “Initiative 65 had no opt-out features when it was voted on and then overturned. Please consider that alcohol is more dangerous than cannabis and treat cannabis kindly when you zone for it.”

Another supporter of medical cannabis, Angie Smoot of Olive Branch, said opting in will mean many good things for DeSoto County.

“We have patients who have fought for years to have access to this medicine and it passed the Senate and House overwhelmingly,” Smoot said. “I challenge you to recall any bill in our state’s history that has had this much input, time and scrutiny.”

Smoot also talked about tax benefits to the county, although Administrator Vanessa Lynchard later said the county will not derive a direct sales tax benefit. The seven-percent tax on sales will go to the state, not the county.

Supervisors board president Michael Lee said later the issue is about helping people.

“We as a board want to be sure that it is zoned in the proper areas and that we’re looking after the public,” Lee said. “We want to make sure the residents and the agricultural residential zoning doesn’t infringe on their privacy. From what I gathered, we are going to be able to regulate according to our attorney and be able to help control where it is cultivated.”

Lee added, “The constituents voted for it. I’m not going to fight medical marijuana.”