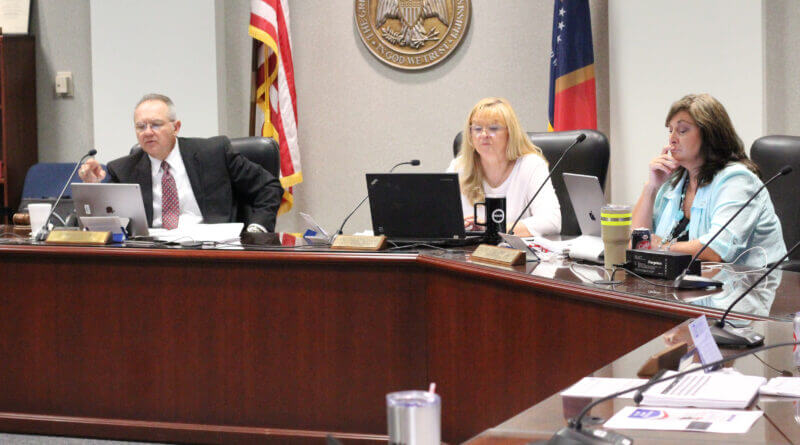 The Mississippi State Department of Health Monday reported weekend numbers for coronavirus in the state.

In DeSoto County, the number of positive cases in the pandemic passed the 30,000 mark at 30,014 and with two additional deaths reported from the period between July 22-Sept. 13, those reports increased to 348 victims.

Methodist Olive Branch Hospital workers did get a brief break from their hard work when realtors with Crye-Leike Realty in Olive Branch provided breakfast and lunch for 275 healthcare workers at the hospital.

At Monday’s Board of Supervisors meeting in Hernando, County EMS Director Mark Davis, who tracks COVID-19 numbers for the county, provided the following statistics.

Board members approved an extension of the county’s state of emergency for COVID-19 on Davis’ recommendation. The current county state of emergency now is continued until Oct. 18. It is a similar action to one Gov. Tate Reeves has done at a state level.

“The emergency proclamation is kind of important now,” Davis said. “There has been some pressure to let it lapse, but if it does, then we would lose our staffing with the hospitals, plus we would lose federal money. He (Reeves) has extended it for another 30 days and I would recommend the board do the same.”

The board also heard from Community Resource Director Christie Barclay about booster shots, which the State Health Department said last month would be available under certain conditions.

Barclay said booster shots may be administered if the person’s doctor recommends it, because their immune systems are considered “compromised.”

For booster shot appointments, Barclay said, “They can go to the health department website and we’ll also have it on our website.”

Appointment may be made by calling the MSDH COVID-19 hotline at 877-978-6453, which is available seven days a week from 7 a.m.-7 p.m.  The county also has a section on its website with COVID-19 information, including details on third doses and where to make MSDH appointments.

Barclay said some pharmacies may have third dose vaccines available and residents should contact their pharmacies for more information.

Third dose vaccines for residents whose immune systems are not considered “compromised” should not be given until eight months after getting the second dose of the vaccine.