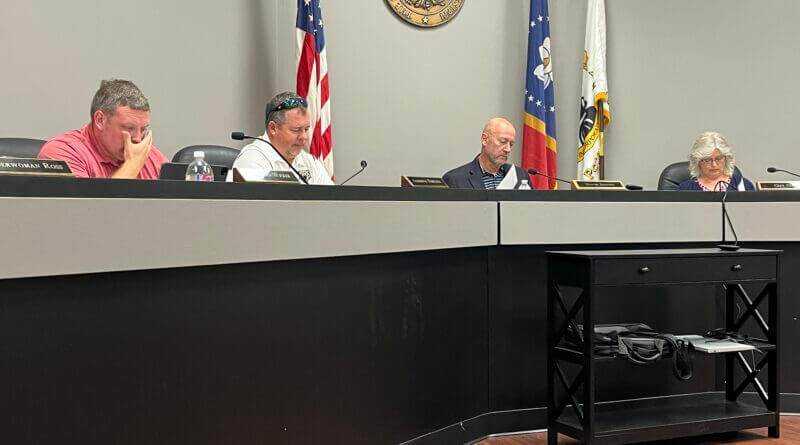 Hernando residents will soon be able to request the City look at putting speed bumps down on their street after the Board of Aldermen moved a speed bump ordinance forward at Tuesday’s board meeting.

Under the ordinance unanimously approved by the board, residents would have to start an application process for a speed bump study with a written request to the Planning Director for a specific stretch of street.

Individuals and businesses can submit a request for a study, however in most cases, those requests should come from a group or neighborhood association.

In the street areas where the request for speed bumps are being asked for, at least 75 percent of the homeowners or business owners must support it through signatures on a petition for a speed bump.  The affected street must be in the city limits and must have a speed limit of 25 miles per hour or less. Signage alerting drivers to a “Speed Bump Ahead” will be placed ahead of the speed bump.

Approval will come after the study determines the average speeds of vehicles in the area and if the police department has had a certain number of speed-related violations written up in the last three years.

Aldermen Andrew Miller thanked those who helped craft the ordinance and said it would be a good step toward slowing down some streets where cars have been using excessive speed.

Miller said it has been something citizens have been requesting for some time.

“I think this may not be a perfect document, but it’s a good start,” Miller said.

With the board’s passage, Mayor Chip Johnson said it would go into effect in 30 days.

First look at a food truck ordinance for Hernando

Aldermen also got a first look at a possible mobile food vendor/food truck ordinance with City Planning Director Austin Cardosi presenting some early particulars of what an ordinance would look like.

Cardosi said the ordinance would indicate where food trucks could be located, how long they could stay there, how sales taxes from sales would be handled, regulations, and so on.

“Primarily, the feedback that I need from the board is where these (food trucks) can go and for how long,” Cardosi said. “It’s presented this way as a first blush.”

“We’ve been letting food trucks happen because we weren’t quite clear on whether we allow them or not,” Johnson said. “We know the citizens want them but we also know that they need to be regulated for the good of our city.”

Copies of the proposed ordinance are to be available in the Planning Office at Hernando City Hall.

You can watch the Hernando Board of Aldermen meeting from the City’s YouTube channel.