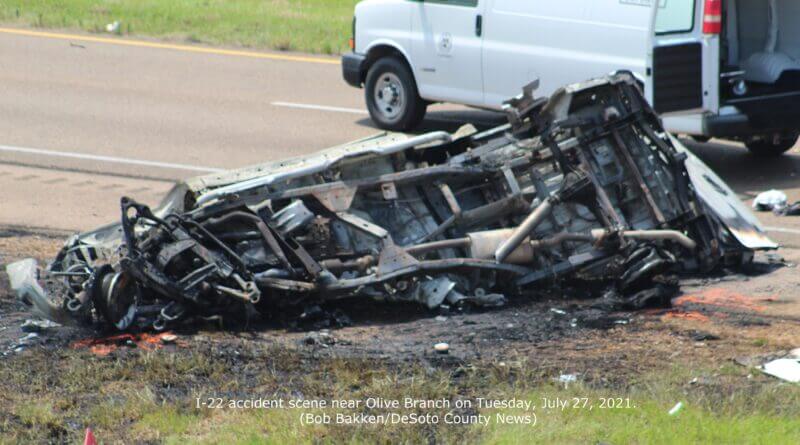 One person has died and another is hospitalized in serious condition after a one-vehicle accident on I-22 near the I-269 interchange outside of Olive Branch late Tuesday morning.

According to the Mississippi Highway Patrol, Corkill was driving eastbound on I-22 in a 2016 Chevrolet Silverado when the vehicle left the roadway and struck a bridge support pole.

Teter was pronounced dead at the scene. The accident took place about 11 a.m.

The Highway Patrol is continuing to investigate the cause of the crash, which backed up traffic on the highway until about 12:30 p.m. Tuesday afternoon.