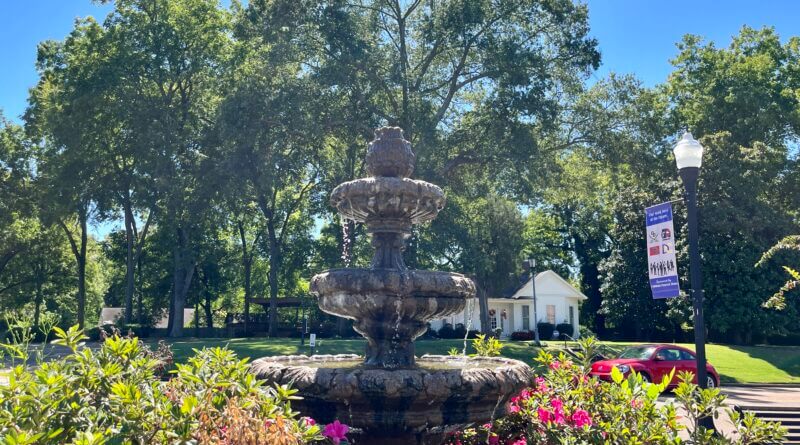 Photo: The water fountain at the entrance of Old Towne in Olive Branch. (Bob Bakken/desotocountynews.com)

Folks in Olive Branch believe it already, but the DeSoto County city is near the top of the list of another survey, this time about liveability near a major city.

The study, from SmartAsset, ranks Olive Branch 12th in the nation in this year’s study of “Best Suburbs to Live In Near a Large City.”

SmartAsset is a website that provides consumer-focused financial information and advice that powers SmartAdvisor, a national marketplace connecting consumers to financial advisors.

“I think it’s just another indication of the greatness of Olive Branch,” said Mayor Ken Adams Wednesday. “We’ve won a number of awards throughout the years. I think it shows our community feel and that we reach out and provide the amenities and community events for our citizens.”

The study uncovered the best suburbs to live in near a large city. Specifically, it compared data for close to 500 suburbs located within 15 minutes to an hour by car of a large city (those with a population of 250,000 or more).

Metrics for the scores and rankings are based on the following:

“We’ll promote this on our website and social media as we try to attract businesses, companies and restaurants to let them know what is going on in Olive Branch,” Adams said.

While Olive Branch is noted in the survey and Horn Lake was also mentioned, Southaven was not included. A spokesman for SmartAsset said Southaven not being included was due to a lack of available information.

“Southaven was not included in the study due to a lack of publicly available data regarding its crime rate,” said Ray Marek of SmartAsset in an email. “The FBI did not have sufficient available data for the suburb, and neither did our back up source, NeighborhoodScout.com. As a result, SmartAsset was not able to conduct a full data analysis for Southaven.”

The complete report is found on the SmartAsset website.