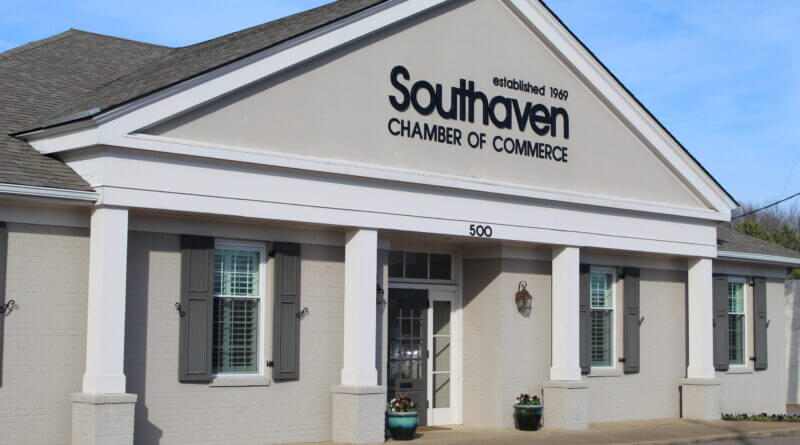 There will soon be a new head advocate for the Southaven business community with Monday’s announcement that Southaven Chamber of Commerce Executive Director Carmen Kyle will be leaving the position. Kyle is to become the DeSoto County Market President for the new Bank3 branch that will be located in Silo Square off Getwell Road.

Kyle has been leading the Chamber as its Executive Director the past seven years, starting in that role in December 2013. Her background has also included 12 years in real estate and she has also been a Special Projects Liaison with the Mississippi Secretary of State’s office.

In 2016, the Chamber made the move from an office inside Southaven City Hall to its current location in a historic former bank building at 500 Main Street, east of I-55, and Kyle led the move to the location.

The city has seen exponential business growth during Kyle’s time as the Chamber’s Executive Director and she and her staff has been a large promoter of Southaven to all levels of business, from the local mom and pop gift shop all the way to supporting the establishment of the Tanger Outlets shopping mall, as well as others.

“We are so excited for Carmen as she moves on to the next challenge in her career,” said Chamber Board of Directors President Chad Greenlee. “We wish her the very best and, of course, look forward to working with her in her new role. Carmen has been a tremendous asset to the Chamber over the past seven years growing business relationships while providing the much-needed support for daily commerce in the area we call home.”

The Southaven Chamber has the second-largest membership in the Mid-South after the Memphis Regional Chamber.

“I am grateful to have been a part of an organization that makes saying goodbye so very hard,” Kyle said. “I want to thank the hardest working, most dedicated, and thoughtful group of coworkers I could have ever asked for as well as the most supportive and accomplished group of businesses, communities, and peers for making all of our accomplishments over the past seven years a reality.”

The Board of Directors is expected to announce Kyle’s replacement in the near future.

Bank3 has corporate offices at 5110 Poplar Avenue in Memphis and has bank locations on White Station in Memphis, and in Union City, Jackson, and Woodland Hills, Tennessee.

According to its website, Bank3 is to open in Silo Square this spring.

“I’m looking forward to leading the banking team in this new location on the Getwell Corridor,” Kyle said.

This item will be updated.