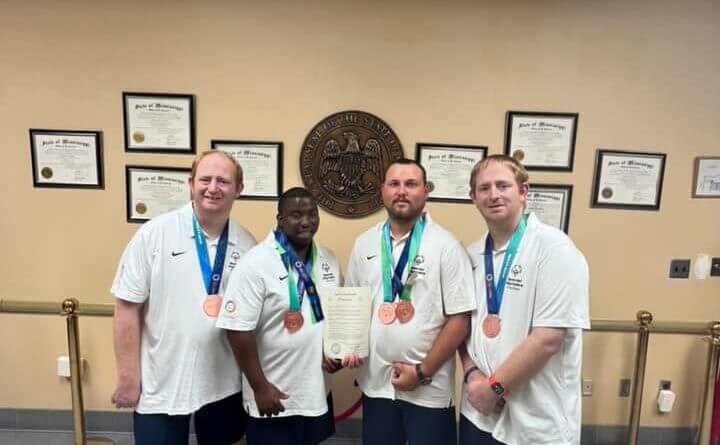 During a relatively routine Horn Lake Board of Aldermen meeting Tuesday evening, Mayor Allen Latimer and the board congratulated and issued a proclamation for the four young men who took part in the recent Special Olympics Games held in Orlando, Florida.  Daniel Arata, Teddy Underwood, Jesse Wims, and Dan Arata were recognized by the board during the meeting.

The board finalized its budget and set the millage rate for Fiscal Year 2023 at Tuesday’s meeting. Millage will remain the same with no increase.

There was discussion about a possible site and cost for a new animal shelter in the city, however it was determined to continue discussion at a future date while more information is sought.

The board also offered condolences to the family of District Attorney John Champion, who passed away after a long illness at the age of 61.