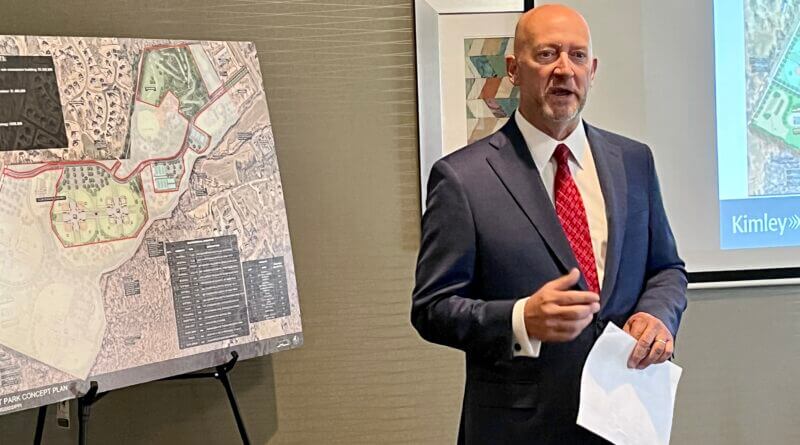 To some, the big surprise of the night in DeSoto County elections Tuesday was the defeat of the “Coins for Kids” restaurant tax levy in Hernando to pay for park improvements.

At the end of the night, the proposal for a penny per dollar added on a prepared food bill in Hernando was solidly turned aside by a 58-42 percent margin. Coins for Kids needed a 60 percent approval vote to be enacted.

City officials were disappointed in the result. Hernando Alderman Chad Wicker posted on social media Tuesday as it appeared the levy was going to defeat that the city’s proposal was something he said was “right for the community.”

“Without the additional revenue from this referendum, we will not be able to make the recreational Improvements that we wanted,” Wicker said. “That is unfortunate, but we will look at other options to make piecemeal improvements.”

Meanwhile opponents of the tax believe voters have made their voice heard about the local initiative.

“Hernando residents made a fairly strong vote against new taxes eight years ago, and again tonight,” according to John Williams of the opposition group, “Don’t Buy the Tax.” “I hope, after two attempts to raise taxes on residents and small businesses, our local leaders will hear the will of the people in Hernando.”

Initially called “Pennies for the Parks,” Hernando city leaders had plans with “Coins for Kids” to make several improvements and additions to facilities in the city, as we earlier reported on DeSoto County News.

Renasant Park would see new baseball and softball fields, tennis courts, basketball courts, and a disc golf course. Kuykendall Field and lighting at the Hernando Soccer Complex would also be part of the plan, initially pegged at about $13.73 million, the majority of which would be paid for through the tax levy.

Wicker said in his post Tuesday that the city would now look at other options, but it was not immediately known what those options might be.

The contested races involved two seats on the DeSoto County School District Board of Education. Supervisor District 1 and District 2 seats were on the ballot and when the night was done, an incumbent had won reelection while a new face will soon appear on the board.

The new face was expected, as District 1 board member Milton Nichols earlier announced he would not be running for reelection. In his place at the start of the new year will be Josh Sullivan, who defeated James Eric Wright by 695 votes, 3,848-3,153.

Sullivan is vice president for administration with ARCH Medical Solutions.

Michele Henley will continue representing District 2 after her election over April Wright Tuesday night by a 4,323-2,764 margin. This will be the second six-year term for Henley, who is president of Team Mobile Industrial Cleaning.

VOTING ISSUES, LONG LINES AT POLLS: Something that needs to be top of mind for election officials when the 2023 county primary and general elections take place will be the several problems that dotted polling places in DeSoto County Tuesday.

The high voter turnout for Tuesday’s vote was far more than what election commissioners expected. The result was that, at several locations, voters had to stand in line for lengthy periods of time to wait for check in and to obtain a ballot before they were actually able to vote.

Election commissioners spent the day scurrying all over the county catching up. Two ExpressVote voting machines per precinct were deployed at first when the day began, but more machines had to be brought in at several places where demand was extremely high later in the day.

Lewisburg was a precinct where it was reported voters had to stand in line for up to an hour-and-a-half after polls were to close so they could vote.

After Tuesday’s relatively light ballot, election officials will need to readjust for the August 2023 primary election, which is expected to be more heavily-laden with races to be voted on than found in Tuesday’s vote.