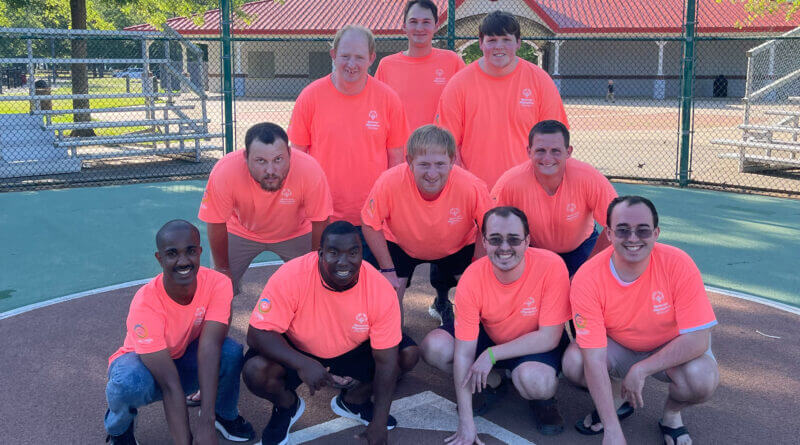 There are 10 young men from DeSoto County taking a bus and leaving from Olive Branch Friday bound for Orlando, Florida. The group is part of the Mississippi team that will be competing in the Special Olympics USA Games, heading first to Oxford, then to Jackson, Mississippi, where they’ll join 177 Mississippi athletes and coaches on the trip with Orlando, Florida being the final destination.

The group represents Special Olympics Area 16, which encompasses DeSoto, Marshall, Quitman, Tate and Tunica counties. Following are the athletes from Area 16 who will be participating.

Glen Barlow is the coach for the athletes going to Orlando.

“Disney and the ESPN Wide World of Sports is where everything is going to be held,” Barlow said. “Opening ceremonies are going to be on Sunday, June 5, and it’s going to be nationally televised (on ABC). We’re going to be doing activities Monday through Friday and then closing ceremonies will be on Saturday and our contingent will be coming back next weekend.”

Qualifying for the USA Games has been underway the past couple of years with the athletes finishing first or second at the Mississippi State Games, Barlow said.

“With COVID-19, that was a little different, so we had to have an additional competition last summer that we were able to go to for each sport,” Barlow said. “And then from there, they qualified and we were able to make it with everything happening to get them into the USA Games this summer.”

Fundraising for the Games has been ongoing with sponsorships, including the 10th Inning Sports Bar and Grill in Southaven, where a sendoff for the athletes was held Tuesday evening. Owner Les Hooper took the opportunity to present a check for $1,000 to the athletes to aid in funding the trip.

“We’ve had several sponsors throughout the county and in different areas help us, and then the state has raised a lot of money, too,” said Dwayne Wims, Area 16 Director.

It should be a great experience of competition and enjoying the full Olympic experience for the young men, said Barlow.

“We have a full schedule planned out for the entire week, so we won’t have that much down time, enough to get rest and get hydrated to get the nutrition that we need to get right back into the events,” Barlow said.

Barlow added fans can follow the athletes’ progress through a Special Olympics USA Games app and a website.

“You can actually cheer right there from the app direct to the athletes,” Barlow said.