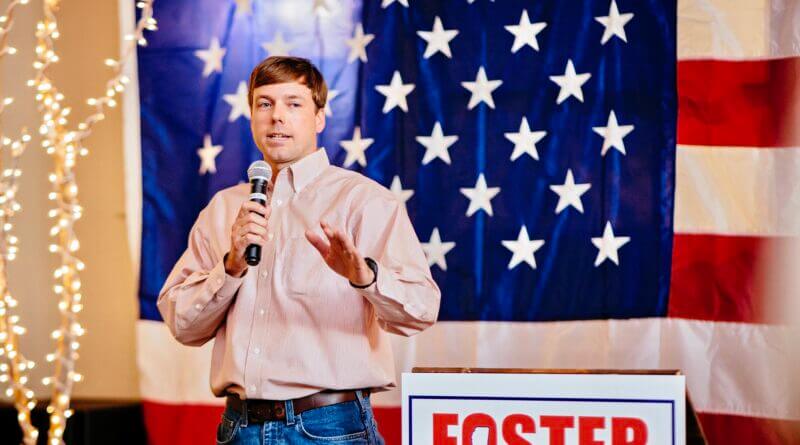 Former state legislator and gubernatorial candidate Robert Foster Tuesday announced his plans to return to politics, this time in a run for District 5 Supervisor in DeSoto County.

Foster, owner of the agri-tourism attraction Cedar Hill Farm near Hernando, released his statement first to DeSoto County News he was about to make it public Tuesday afternoon.

“I know this may not meet some of your expectations, many are wanting another big statewide announcement,” Foster said. “But my plans are to run for Supervisor in my county of DeSoto. I hope I can inspire others to do the same, because although we may not be able to fix Washington we can refuse to enforce their unconstitutional and Godless policies here at home.”

Foster first entered politics with a successful run in 2015 for the state Legislature, but instead of running for re-election, he opted to try for governor in the 2019 Republican primary. He entered the race for the Republican nomination for governor, running against Robert Waller, and at that time Lt. Gov, now Gov. Tate Reeves.

Foster finished third among the three candidates, running on a small campaign budget that saw him doing much of his campaign traveling the state in his pickup truck. While not successful, the campaign gained more statewide attention for him, as voters became familiar with his positions on issues.

When he released a statement Monday to prepare voters for Tuesday’s announcement, many may have thought Foster would look at another statewide office. However, Foster said he needs to look closer to home at this stage in his, and his family’s, life, while also believing that fixing a broken government starts at home.

At this time my heart is at home with my family and my business, but I know I need to do my part,” said Foster. “My children only have a few short years left at home and my business, like many other small businesses, is struggling with inflation.”

“We have an establishment group of uni-party politicians running our state GOP who not only didn’t stand up for liberty when we most needed them to, but they all mostly participated in the pageantry of tyranny,” Foster said. “We have to start local and take back over our state from the ground up. This isn’t the easy way, but it is the only way. Those of us blessed to live in an area with local elected officials who refused to enforce unconstitutional mandates from our Governor and Washington enjoyed much more freedom than people who lived in local communities where tyrants abused their power and ‘followed orders.'”

The decision to run for Supervisor doesn’t mean Foster’s days seeking higher elected office is over, however.

“If we take over our local government we can then more easily take over our state government,” Foster stated. “If the timing is ever right and I feel led, I may ask you again one day for your support for an even bigger race. This doesn’t mean I’m not ever going to run for some other office, it just means for now I must focus on what’s most important, which is my family and my local community.”

Current District 5 and Supervisor Board President Michael Lee earlier this year chose not to run for re-election and instead committed to run for DeSoto County Sheriff. One of Lee’s campaign events earlier this fall was held at Foster’s Cedar Hill Farm and Foster spoke in support of Lee at that event.