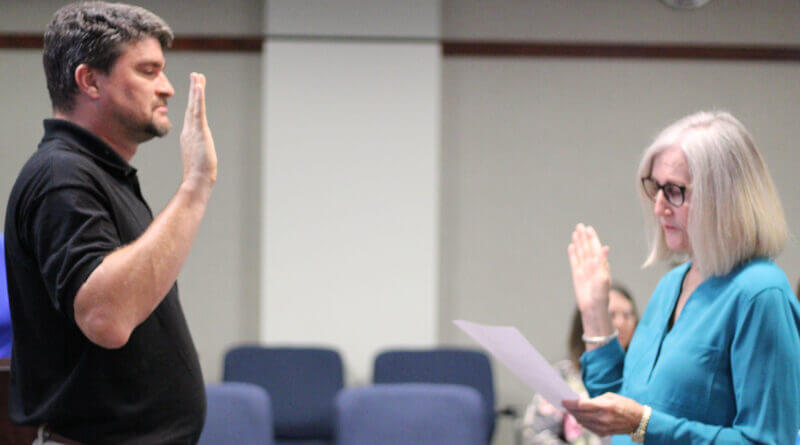 DeSoto County Supervisors took a short break from their budget meeting Monday to approve and then have Chad Engelke sworn in as District 3 Election Commissioner.

Engelke, a DeSoto County realtor, takes over the remaining months of the term held by Cara Combs.

Combs resigned her post on the Election Commission due to time constraints from her career.

Engelke added he plans to run for election to the commission in the special election set for Nov. 2.

The qualifying deadline for candidates to file for that election is Sept. 3.

Engelke has been more active in local government affairs in the past several months. He ran unsuccessfully for Horn Lake Alderman-at-Large last June, as former Election Commissioner Danny Klein was elected won the Republican primary and the general election vote over William Egner.

Engelke however, was selected to be the Ward 1 Planning Commissioner for the City of Horn Lake.

“I ran for alderman because I wanted to serve,” Engelke said. “This came up and I just want to serve the community.”