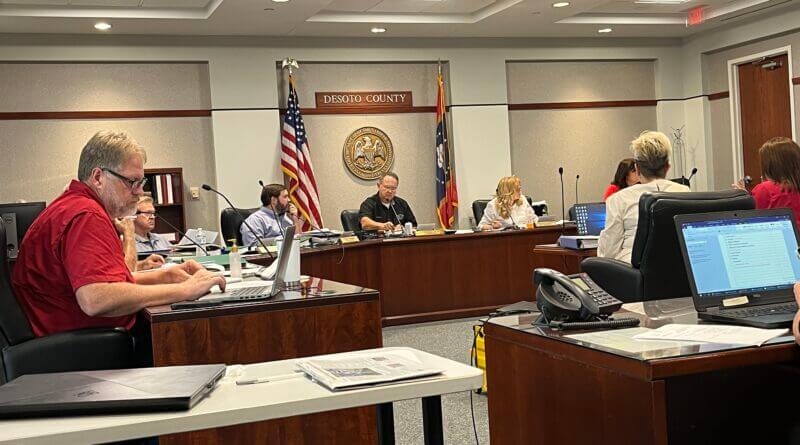 DeSoto County Supervisors praised the work of county employees during a special meeting Friday afternoon and later voted to give them a raise.

The pay increases were approved as the board approved its Fiscal Year 22-23 budget. Employees can expect an average five percent pay increase. Each department head will be able to determine the exact amount of the raise in that particular department. Some may make it an across-the-board hike, or distribute the increase based on factors, such as performance and seniority.

Supervisors met Thursday afternoon facing a state-mandated Sept. 15 deadline to have their next fiscal year budget set in place. The fiscal year begins Oct. 1 and runs through the following Sept. 30.

During the meeting, board members also voted to approve the installation of fencing at the Sheriff’s Department headquarters. The main concern in asking for the fencing was in protection of the building generator and protecting department vehicles in the back parking lot.

The fencing will not reach the front parking lot where visitors’ vehicles are parked.

It was also announced Thursday the new Justice Court building located next to the Sheriff’s Department headquarters would have a ribbon-cutting event on Monday, Sept. 19, starting at 5:30 p.m.

All Justice Court activities, tickets, fines, payments, and filings are all now being handled at the new building. Its location also makes it more convenient for transporting prisoners between the jail and court.