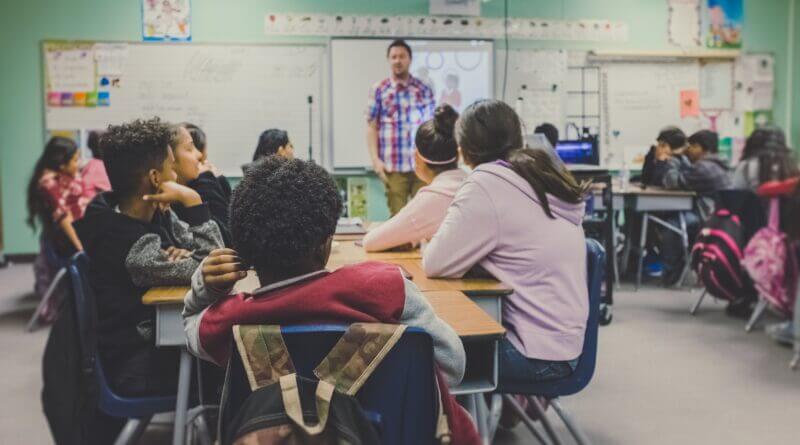 Teacher recruitment and retention remain major issues for many school districts across the country but DeSoto County Schools is active to address those issues.

Supt. Cory Uselton told the Rotary Club of Olive Branch Tuesday the state’s largest school district is in good shape for teachers in classrooms right now, although there still remain about 8-10 teacher vacancies in the district two weeks into the new school year.

“They’re difficult to fill when you get to this time of year, but district-wide, it is not as big of a problem as it may be in some other districts,” Uselton said. “It is something we need to keep an eye on moving forward.”

The shrinking number of teachers nationally since the COVID-19 pandemic was made evident earlier this year when a survey conducted by the National Center for Education Statistics showed that 44 percent of public schools in the country reported having full- or part-time teacher vacancies.

Sixty-one percent of U.S. districts had at least one vacancy and cited the pandemic as the reason for that. Most of the vacancies were due to resignations, not retirement, the survey reported.

An innovative way to address teacher shortages is in planting the seeds of teaching early in the students who are being taught today, Uselton told Rotarians.

DeSoto County Schools has started a teacher academy at the Career Tech Center East campus in Olive Branch. That’s where students spend part of their time focusing on specific career areas and teaching is one of those areas.

“We’re having students go through that and hopefully they will come back,” Uselton said.  “We may have a teacher recruitment issue nationwide now, but it would have been great 20 years ago to have a teacher academy. That’s what we’re doing now. We’re hoping to grow that program every year so that when they go off to college we can bring them back as teachers.”

Another area in support of the new teaching staff in the DeSoto County Schools is what is called “teacher mentors,” one employed for elementary school teachers and another hired for secondary grade level teachers. They were hired from within the current group of instructors in the district as a resource for new instructors to the career.

“I was pulling two good teachers out of the classroom, but their goal is to retain our new teachers, to be there and give them someone to rely on,” said Uselton. “They’re going to be more of a counselor than anything to our new teachers.”

Uselton said he also wants to see the next Legislative session find a way for retired teachers to be able to work in Mississippi schools without losing retirement benefits. He’s already discussed it with state Sen. Michael McLendon, who is on the Senate Education Committee.

He pointed to other nearby states that do that, including Alabama, Tennessee, and Arkansas.

The superintendent hopes items like this can help curb the trend of teachers leaving the field, even in a state that this year provided teachers the largest pay raise in state history.