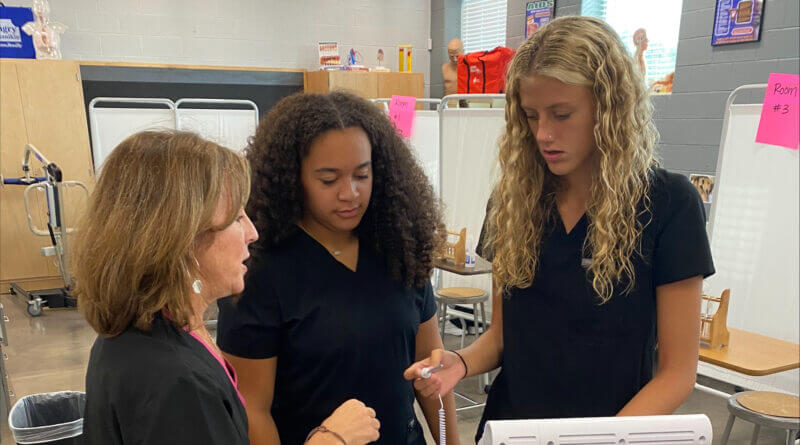 Each school recently named its Teacher of the Year for its respective attendance center. Golden, the selected teacher from the Career Tech Center-West campus, was chosen from the group of individual schools’ nominated instructors for the district award. Her name is now to be submitted to the state Department of Education for consideration as the Mississippi Teacher of the Year.

The Southaven High School graduate came to education from a career in nursing. Golden has obtained a nursing degree from University of Tennessee Health Science Center in Memphis, a Biology Secondary degree from Mississippi State University, and a Masters in Educational Leadership degree from Arkansas State University.

Golden’s nursing career started in the Intensive Care Unit of Le Bonheur Children’s Hospital in Memphis, where she practiced for eight years before moving into education.

“I had the opportunity to take care of a variety of patients and saw many miracles,” Golden said. “I was a charge nurse, preceptor, and participated in the leadership program.  Le Bonheur will always have a piece of my heart”

As an educator, Golden has taught at Bartlett, Tenn. High School and at DeSoto Central High School before her Career Tech-West career began four years ago.

“I feel blessed to be able to help my students find their passion in health care,” Golden said.