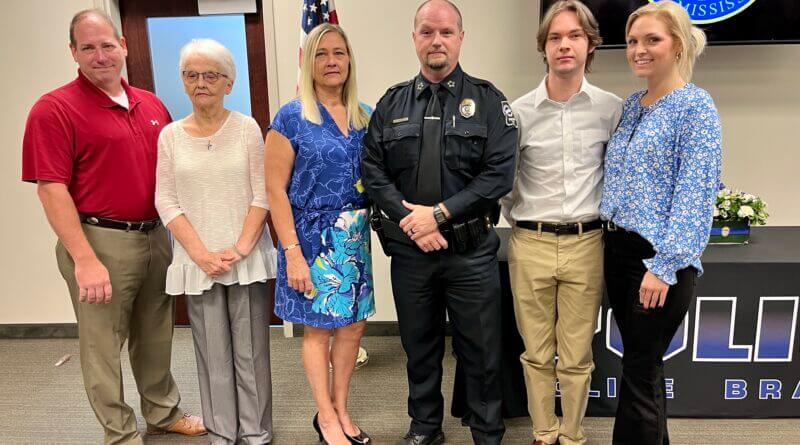 William “Bill” Cox was sworn into his new position as Chief of Police for the City of Olive Branch Friday morning, July 1. Cox assumes the position with the retirement of Don Gammage, who Cox served as a Deputy Chief for the Olive Branch Police Department.

Cox comes to the position with more than 20 years of law enforcement and at one time was Police Chief in Philadelphia, Mississippi, and at East Mississippi Community College. Before assuming his present position, He was the head of the Criminal Investigations Division and was also head of Internal Affairs.

In his law enforcement career, Cox has held several ranks and positions, from patrolman and deputy sheriff, to sergeant, major and a deputy chief.

You can view the entire ceremony here: