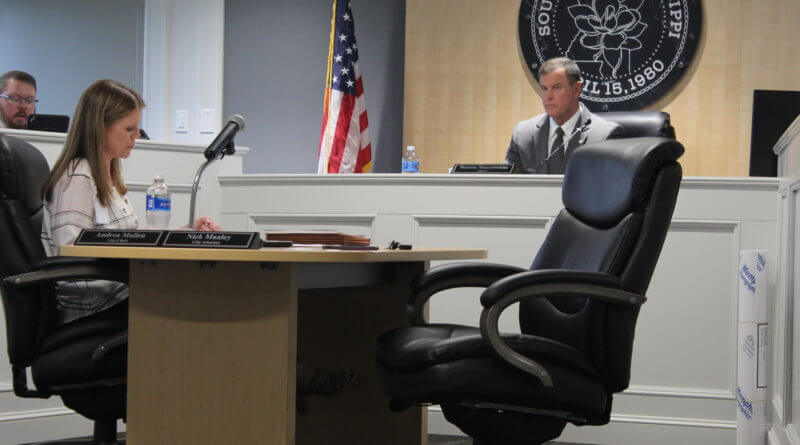 Southaven city officials have placed the final stamp of approval on its Fiscal Year 2021 budget.

Aldermen Tuesday night voted to set the millage levy at 43.73 mills and passed the budget at its regularly scheduled board meeting.

Mayor Darren Musselwhite said the FY2021 budget “will have no millage, sanitation, or utility increase. The millage rate remains at 43.73 mills, which is the fourth-highest taxing entity in DeSoto County while being the largest municipality,” he wrote in an email.

The budget for the fiscal year set to begin on Oct. 1 will include a $185,000 allotment for new police body cameras. Six new police officers will be hired in addition to all current positions being filled.

Musselwhite said a soccer director is to be hired who will operate the major soccer expansion project at Snowden Grove Park set to be completed next year.

In his email communication, Musselwhite also dispelled a contention from a recent media report which inferred the local housing market was growing “while the economy falters,” a statement he said was not accurate.

The Southaven mayor pointed to sales tax revenues, which Musselwhite said continue to consistently rise in the state’s third-largest city and have exceeded $15 million annually.

“In 2013, this number was just over $12 million,” Musselwhite said about the year he was first elected. “The three-month COVID shutdown hurt, but our economy came roaring back with record sales tax numbers in June and July. Our economy and city, in general, is thriving in every category right now.”

While Southaven has completed its budget process, some other DeSoto County communities may still be grappling with the dollar signs.

Mississippi municipalities are required by law to have a budget approved by Sept. 15 and ready to go into effect on Oct. 1.

Hernando, for instance, continued its budget discussions during its meeting Tuesday and determined a special session was needed to allow department heads to find ways to help solve a $500,000 difference to a balanced budget for the DeSoto County seat.

According to City Administrator/City Clerk Jim Robinson, the tax levy resolution and millage rate were both approved Tuesday evening. Horn Lake will keep its millage at 50 mills, unchanged from the current budget. Of that figure, a little over 33 mills will go to the general fund, just over 14.5 mills will go to debt service, and one mill each will be earmarked to the library and to the fire fund. Projected total revenues for the coming fiscal year in Horn Lake will be over $21.173 million.

Olive Branch Mayor Scott Phillips reported Thursday, Sept. 3, that the city’s Board of Aldermen Tuesday night did approve its fiscal year budget. Phillips called it “extra conservative” with COVID-19 still looming, but street overlay projects were the main priority. There was no millage increase, Phillips said, with the mill rate for property owners at 38.5 mills.