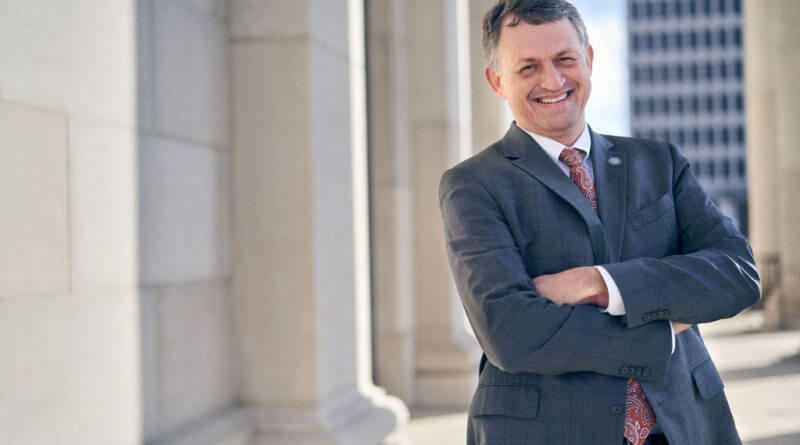 Among the races that will be on the November general election ballot in DeSoto County will be a two-person race for one of three seats representing northern Mississippi on the state Supreme Court.

Justices on Mississipp’s highest court serve an eight-year term and one of the three seats are up for election this year; that being the District 3, Place 3 seat on the bench.

Justice Josiah Coleman now is on the court representing District 3, Place 3, and he is being challenged by Third District Chancery Court Judge Percy Lynchard, Jr. of Hernando.

Coleman, from Choctaw County, was first elected to the Supreme Court in 2012 and is part of a family that includes grandfather and former Gov. J.P. Coleman, who also spent a brief time on the state Supreme Court, and father Thomas Coleman, one of the first members of the Mississippi Appeals Court, when it began in 1995.

Before his election to the Supreme Court, Josiah Coleman practiced law for 12 years, first in Tupelo, then in Oxford.

The race for the Supreme Court seat is one of issues, but in a different way from other political races.

“On the one hand, we face serious types of cases, but the issues are how do we approach the law on those issues,” said Coleman. “I would say the issue in judicial selection is more about how an individual judge looks at the law and looks at his or her relationships with the law.”

In a position that considers several cases and how state law relates to those cases, Coleman is one who believes the court should interpret current law and not be legislating from the bench.

Coleman enters DeSoto County campaigning for re-election knowing he faces a well-known adjudicator in Lynchard. However, Coleman points out he carried DeSoto County eight years ago with more than 61 percent of the vote over Richard (Flip) Phillips of Batesville.

“I just stay on message,” Coleman said. “It’s no secret that DeSoto County is, by and large, a conservative county, so I stay on message with my record on the court the past eight years that shows that I can be trusted with the job to continue to be a constitutional conservative.”

Coleman also points to his endorsements from the Mississippi Republican Party and Gov. Tate Reeves. He said former governors Phil Bryant and Haley Barbour have also backed his candidacy.

“I’ve been doing it for eight years, so I think I have a record for people to look at and see on my own that I’m qualified to do that job,” Coleman said.