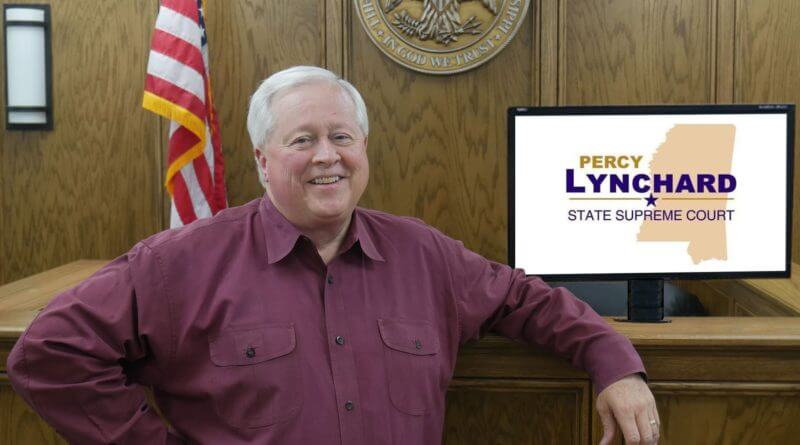 The Senior Chancellor of the Third District Chancery Court, Judge Percy L. Lynchard Jr., of Hernando, is one of two candidates seeking the District 3, Place 3 seat on the Mississippi State Supreme Court.

Lynchard, in his seventh term serving the district that includes DeSoto, Tate, Panola, Yalobusha, Grenada, and Montgomery counties, is running for a spot on the state’s highest court for the second time.

While it’s been about 20 years since Lynchard’s first try at the Supreme Court, he looks at current court makeup and believes there’s a need for someone there with his background on the nine-member judicial body.

“The biggest thing that moved me toward it was that right now, there’s only one person on the Supreme Court who has any experience as a chancellor,” Lynchard said. “I think family law and general chancery law have been neglected. I don’t think the court at this particular time is interested in it and I think somebody needs to be.”

Judicial elections such as this are non-partisan and Lynchard points out this type of campaign means there are some stances he personally may have an opinion on but cannot state publicly because of that.

“Everybody wants to know how you stand for instance on the state flag,” Lynchard said. “You can’t voice that because that same issue may come up before you. You’re prohibited under judicial code from saying.”

The non-partisan nature of the Supreme Court means there can also be no display of a party designation on the ballot.

“What you can say is, ‘I can tell you that I am conservative. Look at my website, look at my Facebook postings and there won’t be a question in your mind which way I lean,’” Lynchard said.

Lynchard’s legal background includes a term as DeSoto County prosecutor and he was the City of Hernando’s municipal judge before he became a Chancellor.

While his is a well-known name in DeSoto County, Lynchard is aware that others in the district outside of the counties that make up the Third Chancery Court District may not know him as well.  District 3 comprises 33 counties in the northern third of Mississippi.

“It’s really difficult to reach the east side of the district, in the Tupelo, Corinth areas, and such,” Lynchard explained. “Of course, my opponent has the same problem being from down in Choctaw County, on the far south end of the district and has to reach people up in DeSoto and Marshall counties.”

If elected, Lynchard promises to rule on cases using a strict interpretation of law.

“I’m going to take the law as the legislature passed it,” said Lynchard. “I’m going to apply it to the facts in that case, and the outcome is going to be what it is, whether I like it or not, or whether anyone else likes it or not. I don’t believe in legislating from the bench. I believe in giving everybody a fair shake.”

The chancery court judge went on to say the requirement that he stick to the law and facts of a case has led him to make some decisions that he personally didn’t agree with, but was necessary as the law stated.

“You should not have a predisposed idea of how a case should come out,” he said. “I’ve ruled on a number of cases in my 26 years on the bench that I didn’t like the outcome, but I didn’t have any choice. Either I had to break that oath and do it the way I thought it ought to be or do what the law says.”

Getting the message out about Lynchard’s background and experience is essential to being elected, he admits.

“It’s going to come down to name recognition and very much to the media,” Lynchard said. “You certainly can’t go door-to-door like you did in the old days. If you were running for supervisor or constable, they expected you to do that.  You’ve got to touch a few in every spot and hope that they will touch some more.”