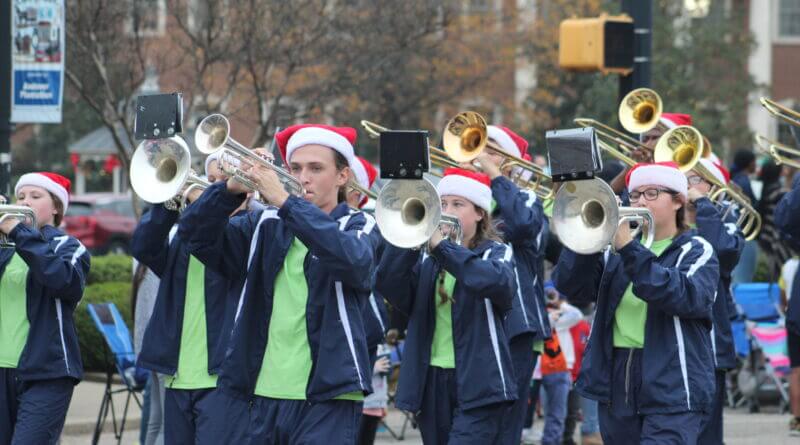 DeSoto County is kicking off the Christmas holiday season again in grand style. Olive Branch and Southaven had their Christmas parades on Saturday and Horn Lake had its traditional Christmas tree lighting festivities. Hernando hosts its Christmas parade Monday.

In Olive Branch on Saturday afternoon, 100 units marched through Old Towne on a cloudy, but pleasant day in the 44th annual parade put on by the Olive Branch Chamber of Commerce.

Award winners in several categories were announced at the conclusion of the event. The winners were as follows:

All three Olive Branch area high school bands marched in the parade but as tradition were not being judged for this event.

Saturday evening, the annual Southaven Christmas Parade of Lights, put on by the Southaven Chamber of Commerce, stepped off from Southpoint Church, headed east on Stateline Road/Main Street and finished at City Hall with about 65 units taking part.

The winners in various categories were announced Monday morning. They are:

Horn Lake Chamber of Commerce hosted the city’s Christmas Tree lighting festivities on Saturday, as well and posted photos on their Facebook page.

The 64th annual Hernando Christmas Parade, with the theme of “Rockin’ Around The Christmas Tree,” will step off at 6:30 p.m. Monday evening centered around the DeSoto County Courthouse. More than 100 units are expected to be part of the annual event.