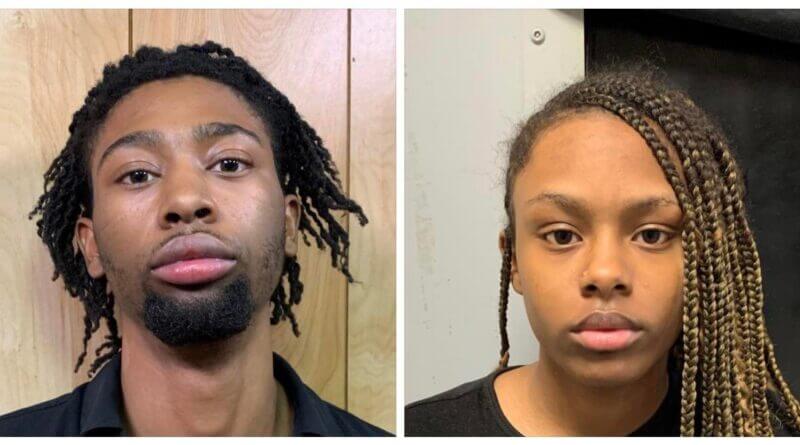 A Tupelo woman and her alleged male partner have been arrested and accused of setting up multiple armed car jackings via snapchat.

Arrests Made in Carjacking and Armed Robbery Cases

On 12-04-2021 Tupelo Police were notified of a possible Armed Robbery and Carjacking.

The 17-year-old male victim advised that a female, Sanijia Foy (18 y/o female, Tupelo) that he had been communicating with on SnapChat had brought him to Tupelo at approximately 07:00 pm on 12-04-2021.

While the couple sat in the back of Foy’s vehicle at Ballard Park a male later identified as Jarvis Ross (18 y/o male, Tupelo) robbed the couple at gun point. During the robbery Ross allegedly struck the juvenile with a handgun.

The juvenile contacted TPD but before officers arrived Foy had left.

After a short investigation officers located and detained Foy for misdemeanor charges of Possession of Marijuana.

On 12-03-2021 Foy had been a listed witness to another reported Armed Robbery and Car Jacking of a male victim. As in the 12-04-2021 incident Foy had arranged to meet the victim at Ballard Park where suspect now identified as Jarvis Ross had robbed him at gun point and taken his black Nissan Altima.

Again, the victim was assaulted.

On 12-06-2021 Foy was charged with Armed Carjacking and Armed Robbery for her role in luring the victims to the scene of the robberies. Tupelo Municipal Court Judge Weir set bond at $150,000 for Foy.