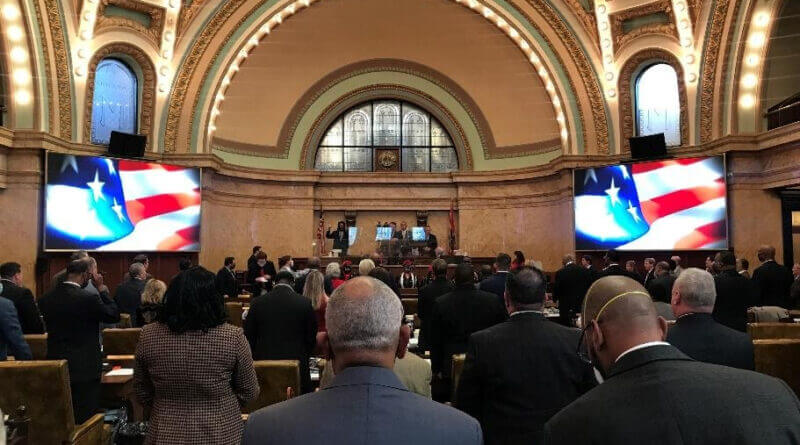 NOTE: The following review of the week in the State House of Representatives is provided by state Rep. Dan Eubanks. We thank Rep. Eubanks for this report and we welcome all of our state legislators representing DeSoto County to also offer their views of the session that we will provide to our readers.

The Mississippi Legislature began this year’s session on Tuesday, Jan. 4.   Many big items are set to be addressed over the next few months.

Several noteworthy agenda items are the state income tax elimination, establishing a medical marijuana program, a rework of the state referendum process, congressional and state legislative redistricting, the banning of Critical Race Theory, and a host of efforts to curb the Biden administration’s unconstitutional overreach that has come to our state in the form of employer vaccine mandates.

In what will more than likely play out to be a very interesting and potentially contentious session, it only took three days for conflict to raise its head.

On Thursday, Jan. 6, the Mississippi House of Representatives took up the only piece of legislation addressed in either chamber for the week – the approval of the Congressional Redistricting Plan.

Democrats argued that the proposed Congressional House District 2, currently being served by Representative Bennie Thompson, was geographically too large.

District 2 lost some 65,000 residents over the last 10 years, more population than any other district.  Population had to be pulled from contiguous counties to the district without adversely affecting the minority majority status of the predominantly Mississippi Delta district.

The Democrats offered up their own plan in the form of an amendment, which was voted down by the body.  In the end, the plan offered up by the joint congressional redistricting committee (on which I serve) was passed.  A lawsuit has already been filed over the issue.  It is important to note that the Black Voting Age Population remained higher under the committee’s plan that was approved by the House, than the one offered up by the NAACP and Representative Bennie Thompson.

Many in the Senate, along with Lt. Governor Hosemann, tested positive for COVID, and that chamber dismissed early for the week without taking up any legislation.