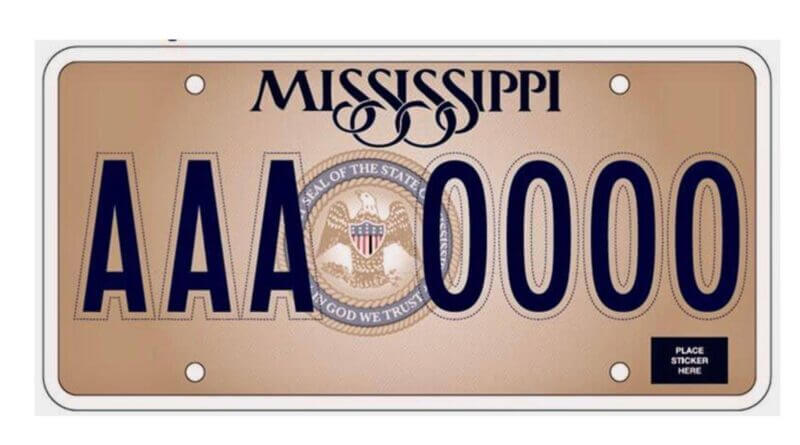 The State of Mississippi has been sued by the American Atheists, Inc., the Mississippi Humanist Association, and three Mississippi residents over the use of the phrase, “In God We Trust” on its license plates.

The lawsuit was filed last week in U.S District Court and lists the residents joining the suit as Jason Alan Griggs, Derenda Hancock, and L. Kim Gibson. They are suing the Mississippi Commissioner of Revenue Chris Graham in his capacity and are asking for a jury trial.

A copy of the lawsuit can be found here.

“Every minute they spend on the streets of Mississippi, atheists are forced to act as a billboard for the state’s religious message,” said Geoffrey T. Blackwell, litigation counsel at American Atheists. “Some can avoid being a mouthpiece for the government by paying a penalty. For many others, even that isn’t possible. Atheists with a disability or a special category of vehicle are stuck proclaiming a belief in the Christian god. It’s an abuse of power and unconstitutional.”

Mississippi Gov. Tate Reeves has been a staunch defender of the phrase since it was first placed on the license plates. He recently said on a Fox News broadcast that he planned to defend the phrase all the way to the U.S. Supreme Court if needed, and calls the lawsuit “a publicity stunt.”

It’s not the first time the phrase has been attacked by non-Christian groups. “In God We Trust” was threatened by a lawsuit in 2020 by the Satanic Temple against Attorney General Lynn Fitch when it was included on the new Mississippi state flag.