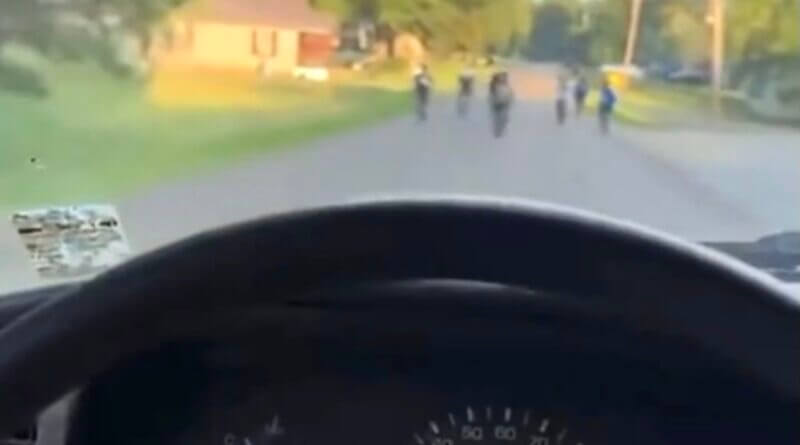 Photo: A screenshot from the video reported to show Mark Hall threatening nine youngsters on a Ripley street. (Courtesy TippahNews.com)

A Tippah County man is facing charges of simple assault after police said videos were posted of the accused making threats against nine Black youngsters.

TippahNews.com reports Mark Hall, age 49, was arrested and charged with nine counts of simple assault in connection with the incident that was posted on social media.

Nine Black Ripley youths and parents appeared at the Ripley police station and asked for the charges against Hall, accused of threatening to hit the youths as they rode bicycles on Cooper Street in Ripley.

According to the report, the incident happened about 3 p.m. Monday, when the video was posted on Snapchat.

The video came to light when it was screen recorded from Snapchat and posted to Facebook.

Police report that Hall will be charged with nine counts of simple assault. It is also believed that Hall’s vehicle made contact with one of the bicycles. Ripley Police Chief Scott White said the misdemeanor charge could be raised to a felony. Other charges, including “hate crimes” could be added upon further investigation.