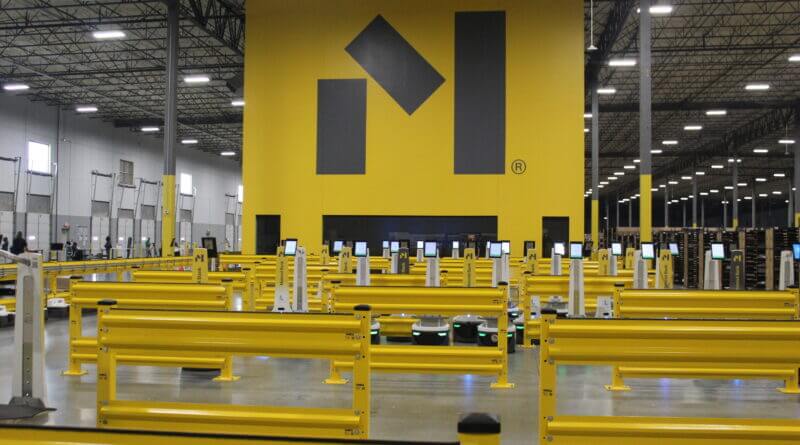 Mississippi’s governor had much to say about the growth in economic development in DeSoto County on Thursday, but also updated the state’s response to COVID-19 and underlined his support of eliminating the state income tax.

Reeves detailed recent successes on the development front in DeSoto County during a tour of the 400,000-square foot Material Bank facility off Highway 78 in Olive Branch.

Having started in October 2020, Material Bank was a $14.5 million corporate investment that has produced 300 new jobs.

A Boca Raton, Florida-based company, Material Bank is the world’s largest material marketplace for the architecture and design industry, is the fastest and most powerful way to search and sample materials. Customers can get samples provided overnight which can then be presented to companies ahead of construction or renovation.

Last year, the state saw about $1.9 billion in capital investment, more than double the previous 10-year average of $900 million per year.

Those successes have come while Mississippi competes with other states that do not have a state income tax, something Reeves would like to see eliminated.

Lawmakers have been hearing from experts about eliminating the state income tax and Reeves is encouraging the Legislature to move forward on an elimination plan.

Economic development was not the only topic the governor touched on during his Olive Branch visit. COVID-19 also highlighted the press availability after the tour.

Reeves said COVID-19 cases have started to decline in Mississippi and not continually head upward.

A cost from the large number of coronavirus patients in hospitals, however, has come from medical personnel leaving their positions.

“I have been told over the last six-months to a year hospitals throughout our state have lost approximately 2,000 nurses,” Reeves said.

In response, two 23-member teams were placed in hospitals in Jackson and Tupelo to immediately help. In addition, 10 teams from the federal government are coming in to do monoclonal antibody therapies. Baptist Memorial Health Care Thursday said it is expanding its monoclonal antibody therapies at three hospitals, including Baptist Memorial Hospital-DeSoto in Southaven.

But for 61 hospitals, including Baptist-DeSoto and Methodist Olive Branch, staffing help has been brought in, Reeves said.

“We were able to get four of 19 vendors to help provide staffing,” the governor said. “We started deployment to 50 of 61 hospitals that still had staffing requests. We’ll have all 61 done by tomorrow (Friday). All 61 hospitals will receive what they asked for in additional staffing for over 1,000 personnel.”

Reeves detailed that over 800 will be nurses and others will be nurse anesthetists and those who operate machines.

About 974 beds can be opened up with the additional staffing, all coming from outside the state, of which about 270 beds will be ICU beds.

But the governor continued to say he has no plans to require state workers to be vaccinated.

“I encourage all Mississippians to talk to their doctor and look at the facts of the vaccine that are very clear to me,” the governor said. “The best way to ensure and minimize getting COVID is to take the vaccine, but I have no intention of mandates for vaccines.”

Reeves also continued to say there won’t be a mask mandate in Mississippi, chastising those on both sides of the issue.

“I don’t like mask shamers on either side,” Reeves explained. “If you want to wear a mask or if your company wants you to wear a mask, I think that’s perfectly fine. If you think a mask provides better protection for you, then people ought to leave you alone and let you wear a mask. If you are fully vaccinated and you don’t want to wear a mask, then you shouldn’t be required at this time to wear a mask by the government because we have this thing called a vaccine.”

Reeves said vaccination numbers have increased over the past six weeks to a total of 81,000 “shots in arms” last week, the largest weekly total since April.

“By the end of this week, we will most likely have 1.4 million Mississippians vaccinated,” Reeves exclaimed. “We’re going to be over 50 percent of the population with their first vaccine.”