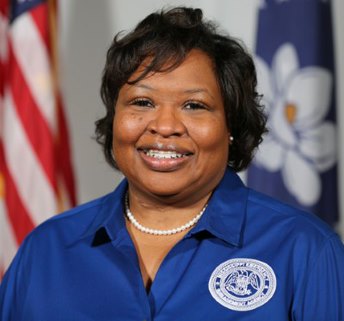 The Mississippi Emergency Management Agency’s Mitigation Director Jana Henderson testified on June 16th before the U.S. Senate Banking, Housing, and Urban Affairs Committee. Henderson also serves as the Secretary for the Association of State Floodplain Managers (ASFPM) and was selected to speak on the National Flood Insurance Program (NFIP) and potential reforms to serve Mississippians better. The State has 334 participating communities in NFIP.

“It is my goal to use all available resources when it comes to breaking the cycle of disaster damage and reconstruction,” said Henderson in her testimony. Mitigation projects ensure that structures are strengthened to withstand a disaster, reducing or eliminating the costs of repair.

Henderson testified on the importance of maintaining NFIP standards on the local level for those 334 communities. As newly elected officials take office, MEMA works very hard to educate those in public office about their roles and responsibilities regarding floodplain management. Without doing so, homeowners with flood insurance risk losing their flood insurance policies. Some rural areas depend on volunteers to fulfill the Floodplain Administer duties, an issue that Henderson feels could be addressed by changes to NFIP.

“As much as the (NFIP) program grows for states, rural and low-income communities remain underserved because of the lack of resources available to them. Incentives within the Community Assistance Program Grant for social economically disadvantaged communities may be the key for better NFIP enforced regulations,” said Henderson in her testimony.

“It was an honor to represent ASFPM and the State of Mississippi in hopes that reform can happen with NFIP, information-sharing and moving towards a more equitable formula to serve those who simply can’t afford flood insurance,” says Henderson.