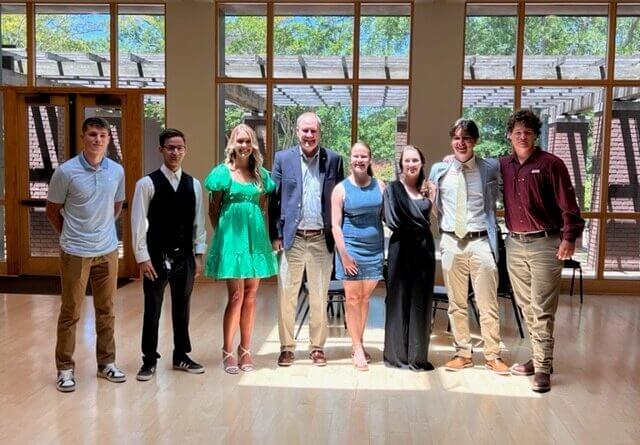 On Monday, June 20, U.S. Congressman Trent Kelly (R-Miss.) hosted a ceremony in Tupelo to celebrate the appointment of eight outstanding Mississippians to attend one of America’s prestigious federal service academies. Those who are selected by service academy officials are required to serve in the military for a minimum of five years following graduation. Congressman Kelly nominated the following students: