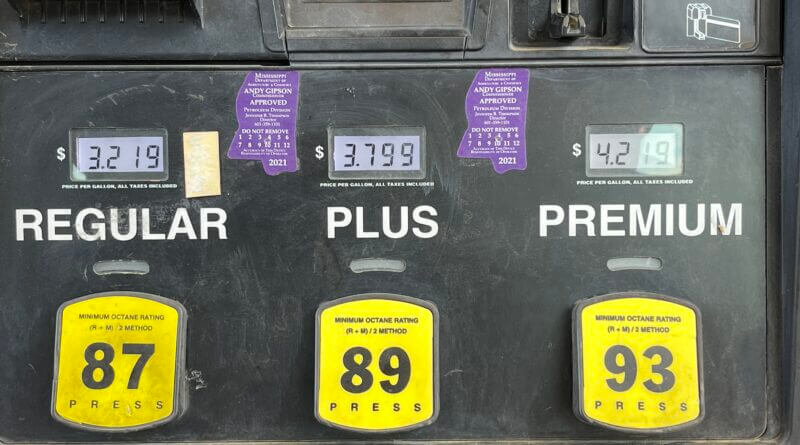 Drivers who are seeing higher prices at the gas pump can expect those prices to continue rising for the foreseeable future. Gas price analysts are saying between refinery issues and a reduction in oil exports by OPEC, the pump price you pay could jump by as much as 30 cents a gallon in some places before it levels off.

On Tuesday, the American Automobile Association (AAA) reported the average regular unleaded fuel price in Mississippi was at $3.299 a gallon, an increase of four cents from the day previous and above the average one year ago of $2.909 a gallon.

AAA said the highest recorded average price in the state was $4.525, which happened on June 12 of this year.

The gas price report for Southaven-Olive Branch had the average price at $3.355 a gallon, a rise of just under five cents from the previous day and a hike from one year ago, when the average price was $2.913 a gallon.

OPEC earlier announced they would cut oil production by about two million barrels of oil a day, starting in November.

The gas price website GasBuddy had prices as low as $3.09 a gallon at the Walmart in Horn Lake on Tuesday.

DeSoto County News includes the lowest gas prices in the county as part of its daily newsletter, “The Morning View.” Click the link at the bottom of this story to sign up and have The Morning View sent to your email inbox each morning. A paid subscription helps support local news and sports coverage for DeSoto County.