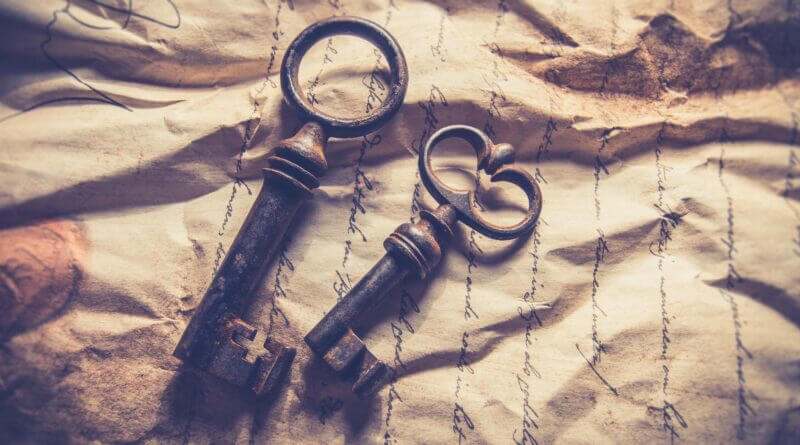 Have you ever noticed that small keys can open big locks? In the same way, God can use little words and small deeds to accomplish great things.

Paul was a person who was used in powerful ways to spread the gospel and advance the church in the first century. But he did not become the man that he became by himself. Others helped to shape and mold him.

Paul was not a Christian when he was part of a group which dragged Stephen outside Jerusalem to stone him to death. Paul was convinced that Stephen was an evil man who was deceiving the people. But Stephen did not die like an evil man or a deceiver. In fact, he died like Jesus.

Later, when Paul was on his way to Damascus to persecute Christians there, Christ confronted him in a vision on the road to Damascus and asked him, “Why do you persecute me? It is hard for you to kick against the goads” (Acks 26:14). Goads were long sticks with a sharpened end that were used by a driver to prick his oxen on their back legs to urge them to go faster. Kicking against them did no good. What were the goads that Paul felt and against which he was struggling? Undoubtedly, it was the memory of Stephen’s speaking about seeing Jesus standing at the right hand of the Father and his asking the Lord not to hold this sin of stoning him to death against those who were doing it (Acts 7:56-60). God was using those influences of Stephen, who was now dead, to goad Paul’s conscience and to prepare him for this encounter with God.

In the same way, the deeds you do and the words you speak can influence people long after you have done them and have spoken them—even beyond your life. The Lord can use them in big ways. Small keys can open big locks, and small words and deeds can unlock human hearts.

When Paul got to Damascus, God used a small word by Ananias to touch Paul. God spoke to Ananias, told him that He had chosen Paul, and to go to him. Despite his fears, Ananias went, found Paul, laid his hands on him, and said, “Brother Saul” (Acts 9:17). Isn’t that something? Ananias called this man that he had feared and detested, “Brother”. He was willing to welcome him into the kingdom. “Brother” is a small word, but it can be used in big ways.

Recently, a girl who was in a church where my wife Danielle and I served fifty years ago, got in touch with her. One Wednesday night while we were there, the girl said that she was standing alone waiting for her ride. When Danielle walked out to see if she was alright, she was crying over some problems she was having at home. Danielle hugged her, told her things were going to be better, and then stood with her until her ride came. This young girl, now a woman with a family of her home, wanted to thank Danielle for her kindness and love that she had never forgotten. Now, fifty years later, she wanted to thank Danielle for what she had done for her that night.

Small, seemingly insignificant things, can be used by God in big ways. Small keys can unlock big locks, and small, loving words and deeds can have powerful influences on people. Use them often!