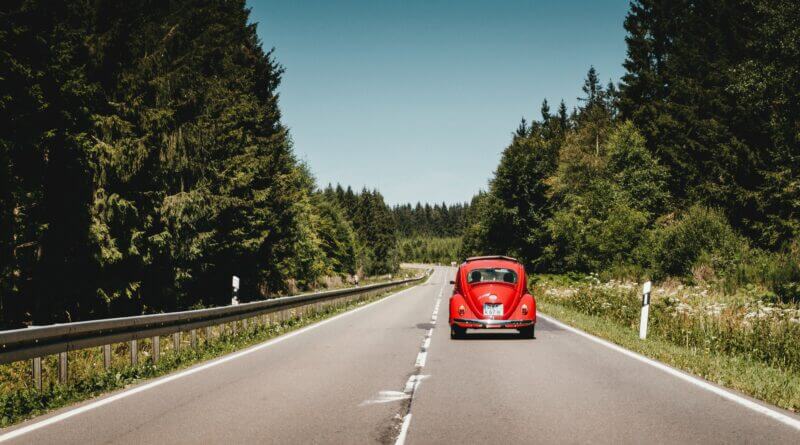 When my wife Danielle and I were first married, she had a Volkswagen Bug, and I was serving as pastor of her home church. The closest way to get to the church from where we were living was to drive over a stretch of dirt road. As we headed to the church one Wednesday evening and turned onto the dirt road, we discovered that there had been a rain on the road shortly before we arrived, and the road was a little slick.

That was not the biggest problem that we encountered, however. The Bug’s engine was in the rear of the car, and there was a long wire that ran from the accelerator to the engine in the back. As I was driving, the wire came loose from the carburetor on the engine, and I could not give the car any gas. I did not have any tools with me and could not reattach the wire with my hands. So, there we were—about four miles from the church and nowhere near any other place with people. On top of that, it would be almost 30 years until a cell phone would be invented, and we did not have enough time to wait for that.

I discovered that I could pull the lever on the carburetor by hand and give gas to the engine. So, this gave me an idea. I had Danielle get behind the wheel to drive, and I sat on the back bumper of the car. I held on with one hand and gave the car gas with the other hand. The car had a manual transmission, so Danielle and I had to coordinate my giving the car gas with her shifting gears. This led to a lot of whooping and hollering and racing of the engine.

In addition to that, we had to decide whether to creep up the slick hills like she wanted to do or make a run at them like I wanted to do. So, the drive was punctuated by a lot of loud instructions shouted back and forth. In spite of this difference of philosophy, we finally made it to our destination.

I came away from this experience with a fresh appreciation for the fact that a car is designed to have only one driver. That’s the way life is. Life is designed to have one Lord! If we listen to every voice that we hear or follow every instruction that is given, it can lead to constant problems in our lives. If, however, we are willing to submit the controls of life to Jesus Christ and let Him alone be in charge, then life runs the way God created it to run. Just as a car cannot have two drivers, Jesus said, “No man can serve two masters” (Matt. 6:24). Such an arrangement leads to conflict and confusion.